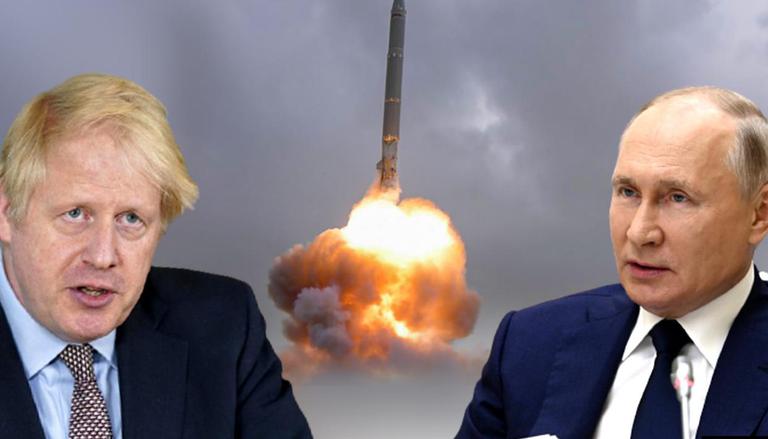 
On Tuesday, The United Kingdom slammed Russia's anti-satellite missile test, stating it exhibits a blatant disdain for space safety and stability because the tests' debris might jeopardise space missions. "This destructive anti-satellite missile test by Russia shows a complete disregard for the security, safety and sustainability of space. The debris resulting from this test will remain in orbit putting satellites and human spaceflight at risk for years to come," the UK Defense Ministry on Twitter quoted British Defense Secretary Ben Wallace saying. Meanwhile, the Russian Defence Ministry stated that the fragments of the old satellite, that developed during the anti-satellite system's testing do not represent a threat to space activities, reported news agency Sputnik.

Meanwhile, on Sunday, November 14, the outgoing chief of the UK's armed forces, Gen Sir Nick Carter stated that the military must be prepared for conflict with Russia following recent tensions in eastern Europe. As he gave a series of interviews before his departure as chief of the military staff at the end of the month, Gen Carter claimed Russia was now a greater threat in eastern Europe than it was when he started in the role eight years ago, reported The Guardian. Meanwhile, he also went on to say that he doesn't believe President Vladimir Putin wants a "hot water" with the west.

On Monday, November 15, The United States also slammed Russia for "recklessly executing a destructive satellite test" of direct ascent and anti-satellite weapon against one of its own satellites. According to a statement by the US State Department, the test produced over 1,500 pieces of trackable orbital debris, which reportedly harmed the interests of all nations, reported ANI. The US State Department also reprimanded Russia, claiming that the test would put astronauts on the International Space Station (ISS) and other human spaceflight activities at risk.

According to the statement, Russia's irresponsible behaviour risked the long-term viability of outer space and clearly indicated that Moscow's claims of opposing space weaponization were false. Meanwhile, the Russian Ministry of Defence claimed that the US was fully aware that the fragments of the downed satellite do not pose any danger to the ISS or other space assets, given the timing of the test and orbital parameters, reported Sputnik. The fragments were instantly uploaded to the Russian space control system's main catalogue and will be tracked until they are no longer detectable, the Ministry added.

WE RECOMMEND
UK: Boris Johnson asks Western nations to choose between Russian gas & support to Ukraine
UK must be 'on guard for war' with Russia amid migrant tension, says British Defence Chief
NATO chief Stoltenberg cautions Russia against 'provocation’ with Ukraine amid tensions
Russia confirms signing over $10 bn worth of defence export contracts in 2021
UK man asks Rs 350 he spent on coffee back after woman refuses to meet again; See post