Oil and gas sales make up 40% of the federal income of the Russian state, and this directly finances the war crimes Putin is committing in Ukraine. 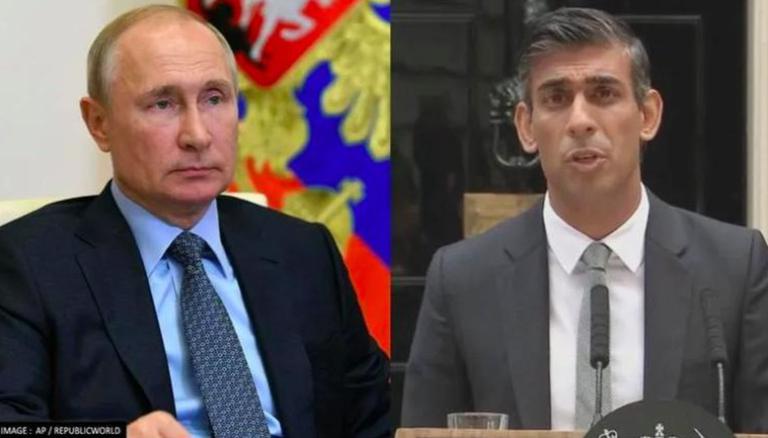 
Despite the sanctions, the British government has been importing millions of dollars worth of Russian oil ever since Russia declared its all-out invasion of Ukraine, according to an investigative report by The Sunday Times. Britain has been concealing Russian oil supplies amid the energy crisis and soaring inflation. An estimated 39 tankers carrying £200 million worth of Russian oil (around $236 million) have been brought into the UK covertly since Moscow declared war on Ukraine, the new analysis reveals. Data earlier released by the global campaigning network Greenpeace also suggests that British government imported some 2 million barrels of Russian oil in the months just after Russia's President Vladimir Putin declared a military offensive in Europe.

“The UK government is no stranger to hypocrisy but pledging ‘unwavering support’ to Ukraine while shipping in almost 2 million barrels of Russian oil is utterly disingenuous, even by (Prime Minister), Boris Johnson’s standards,”  Georgia Whitaker, an oil and gas campaigner at Greenpeace UK had earlier cautioned in a statement to Anadolu Agency. “This war has cost more than 2,000 civilian lives so far. That’s innocent deaths largely funded by fossil fuels. Despite the mounting death toll, the UK government has given itself until the end of the year to stop importing Russia’s bloody oil," he had added.

The Sunday Times has now found that the oil supply from Moscow into the UK has been continuing despite UK's commitment to its ally Ukraine to help fight the Russian invasion and weaken Putin's war machine via sanctions. Greenpeace had earlier set up the automated tracker to monitor supertankers that arrived from Russia to the UK and found that 33,000 tons of Russian diesel were anchored off the coast of Lincolnshire.

"As we approached the ‘Navigator Terminal’, an oil facility in Essex, one of the crew signalled towards a ladder in the distance. A tanker, the Andromeda, carrying 33,000 tonnes of Russian diesel was due to dock here soon," Greenpeace UK quoted one of its undercover crew as narrating.

Oil and gas sales make up 40% of the federal income of the Russian state, and this directly finances the war crimes Putin is committing in Ukraine, the climate agency noted. "How can an activity be lawful when it’s funding Russian war crimes in Ukraine?" it further questioned. In the month of April, the UK imported six shipments of oil from the Russian ports of Primorsk, Tuapse, and Vysotsk, which ended up at five UK ports including Merseyside, Essex, Lincolnshire, and North Yorkshire. This was despite that the British government has banned Russian-flagged vessels from entering into the country in response to Putin's war. British government has imported an estimated £778 million (around $919 million) of oil from Russia since March, the paper's estimates suggested on Monday.