UK: COVID infection cases in the UK are on a steep surge. The country reported a total of 1,17,093 fresh COVID-19 cases in the past 24 hours 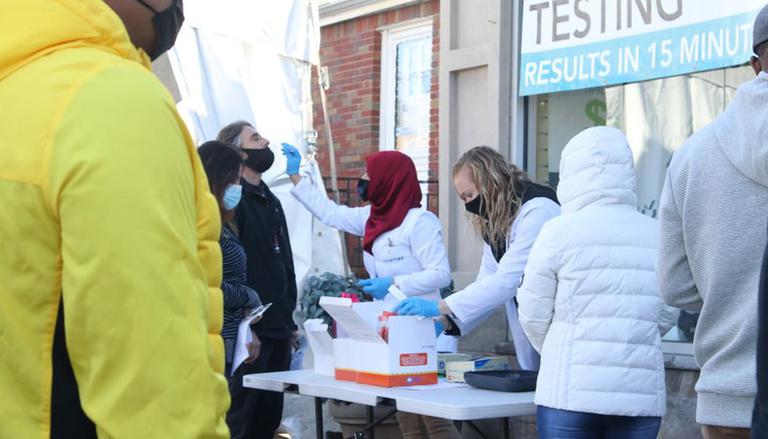 
A message issued by the National Health Service Test and Trace is asking people to self-isolate themselves for 10 days despite the rules have changed. This has sparked confusion among people across the UK. The latest government guidelines from Health Secretary Sajid Javid state that people need to isolate themselves for only seven days if they have negative lateral flow tests on the sixth and seventh days. But patients have reported that they are being asked by NHS Test and Trace to isolate for 10 days despite the new guidelines last week.

An email sent by the NHS on Christmas Day stated, "You recently tested positive for COVID-19 and must now stay at home and self-isolate for at least 10 days," reported Mirror. Meanwhile, the UK Health Security Agency spokesperson said that home isolation orders for COVID patients and their household contacts are clear and widely communicated to ensure people are safe, reported the Mirror, citing the Telegraph report.

"Legislation on the self-isolation period remains 10 days, but as widely publicised by UKHSA, our guidance has been updated to include an exemption that can be applied to reduce self-isolation to seven days in most cases, if you test negative on two lateral flow tests consecutively and taken at least 24 hours apart, with the first test taken on day six at the earliest. UKHSA told the Telegraph, "We are working with our NHS partners to review all messages sent to positive cases to ensure any communications reflect the introduction of the self-isolation exemption."

The new guidelines, and old instructions over the self-isolation rules, are creating confusion among the people. Meanwhile, on Tuesday, British researchers argued that the home isolation period can be cut short for people testing positive. It is significant to mention here that, in the United States, the quarantine period has been cut from 10 days to 5 days for asymptomatic COVID patients, while Scotland, Wales, and Northern Ireland still follow the 10-day rule.

COVID situation in the UK

COVID cases in the UK are on a steep surge. The country recorded a total of 1,17,093 fresh infection cases in the past 24 hours. More than 9000 people are currently in hospital care, the highest since March. Meanwhile, the health department is encouraging more people to get jabbed amid the spreading Omicron variant.