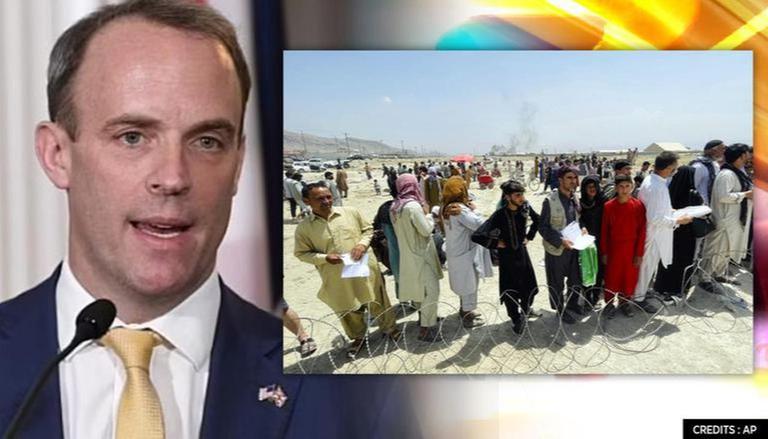 
UK Foreign Secretary Dominic Raab, on Monday, reiterated the collapse of Taliban-led government in Afghanistan and speculated "regional instability" in the war-torn country. Raab, who has been actively engaged in maintaining peace and stability since the Taliban took over Afghanistan, announced on September 13 that the UK would not directly proffer any aid to the extremist organisation.

According to Afghanistan-based news channel, TOLO News, the UK Foreign Secretary, while speaking at the UN meeting, irged to re-route the aid indirectly to the war-ravaged country in order to render a free and safe environment.

"We will not give aid directly to the Taliban as it is crucial for the aid providing organisations to act freely and safely," said Dominic Raab.

Recently, the British Foreign Secretary visited Pakistan and held talks with his Pakistani counterpart to secure safe passage for Britons and others trying to leave Afghanistan. After concluding the meeting with the Pakistan Foreign Secretary, he announced £30m aid to Afghanistan's neighbours for evacuating more Afghans. While briefing the media after the meeting, UK Foreign Secretary reiterated that the United Kingdom would continue supporting those countries who might face great demands from Afghans who may be displaced in the weeks ahead.

Earlier in the first week of September, the top diplomat also met the Amir of Qatar and the Qatari Foreign Minister in Doha and discussed the situation in Afghanistan. According to the statement released by Commonwealth and Development Office (FCDO), the main aim of the visit was to ensure commencement of flights at the Kabul airport and also to guarantee safe passage for foreign nationals and Afghans across land borders.

Meanwhile, a series of incidents unfolded after the Taliban captured the national capital, Kabul on August 15, leaving the people in tatters. On August 26, five days before the United States pulled out its soldiers from Afghanistan, two suicide bombers killed over 200 Afghans and other nationals who flocked the Kabul airport to flee the war-torn country.

In the deadly attack, 13 US military personnel were also killed. Since then, several international organisations have been working tirelessly to help the Afghans reeling under the Taliban regime. On September 4, United Nations Secretary-General Antonio Guterres, in a video message posted on Twitter, appealed to the international community to come together in solidarity with the Afghan people, especially children and women.