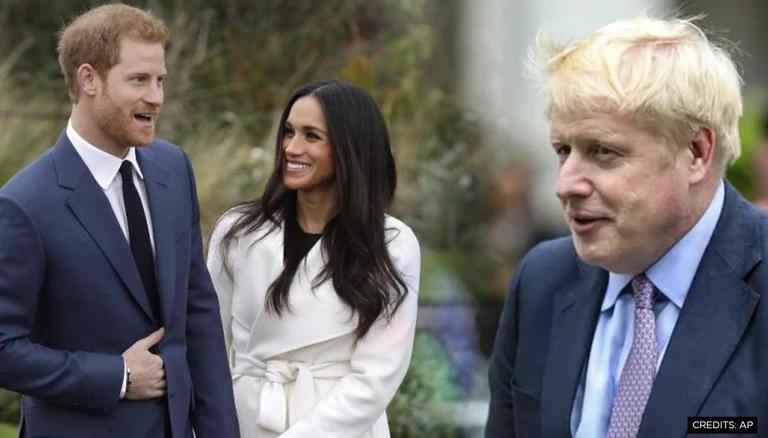 
UK Prime Minister Boris Johnson on June 6 congratulated Prince Harry and Meghan on the birth of their second child, Lilibet Diana. The Duke and Duchess of Sussex, who are now living in the United States after leaving the royal family, welcomed their first daughter who’s full name is Lilibet "Lili" Diana Mountbatten-Windsor. Prince Harry and Meghan announced that the infant, the first sibling for Archie was born on Friday in California. Since the couple made the announcement, congratulations and best wishes have been pouring in from across the globe including the British PM.

Many congratulations to The Duke & Duchess of Sussex on the birth of their daughter.

Lili is named after her great-grandmother, UK’s Queen Elizabeth II who was affectionately nicknamed by her family Lilibet and her grandmother, Princess Diana. As per Sky News report, a Buckingham Palace spokesperson said, “The Queen, The Prince of Wales and The Duchess of Cornwall, and The Duke and Duchess of Cambridge have been informed and are delighted with the news of the birth of a daughter for The Duke and Duchess of Sussex.” The Royal Family also congratulated the couple and in a statement said that the Queen was “delighted” with the news.

We are all delighted by the happy news of the arrival of baby Lili.

Congratulations to Harry, Meghan and Archie.

— The Duke and Duchess of Cambridge (@KensingtonRoyal) June 6, 2021

Congratulations to Harry, Meghan and Archie on the arrival of baby Lilibet Diana 🎊

Wishing them all well at this special time. pic.twitter.com/ucJZIm2kqH

— The Prince of Wales and The Duchess of Cornwall (@ClarenceHouse) June 6, 2021

As per the statement from Prince Harry and Meghan’s press secretary said that Lilibet Diana was born at 11:40 on Friday (local time) “in the trusted care of the doctors and staff at Santa Barbara Cottage Hospital in Santa Barbara, California.” Both the child and mother Meghan are said to be “healthy and well, and settling in at home.” Meanwhile, the Duke and Duchess of Sussex, who presently live in Montecito, said on the official Archewell website, “On June 4, we were blessed with the arrival of our daughter, Lili.”

“She is more than we could have ever imagined, and we remain grateful for the love and prayers we've felt from across the globe. Thank you for your continued kindness and support during this very special time for our family,” they added.

Lilibet Diana is Queen’s 11th great-grandchild and also the first great-grandchildren to be born outside the UK. As per reports, Lilibet was first used when the British monarch was a toddler and was unable to pronounce her own name properly. Princess Elizabeth was affectionately called ‘Lilibet’ by her grandfather, King George V. Lilibet was from her own attempts to pronounce her name Elizabeth.