The Prime Minister’s office had said that the aim of a reshuffle was to put in place "a strong and united team to build back better from the pandemic". 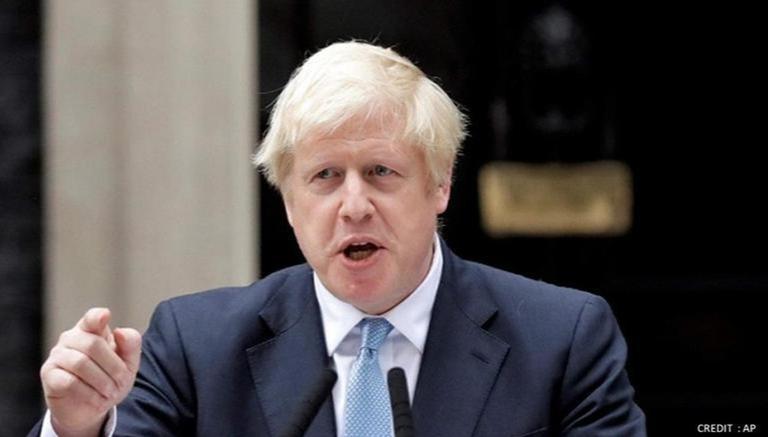 
UK Prime Minister Boris Johnson undertook a reshuffle of his top team on September 15. He retained two of his senior Indian-origin ministers Rishi Sunak and Priti Patel in the UK Cabinet. Defence Secretary Ben Wallace has also retained his position in the cabinet. The Prime Minister’s office had said that the aim of a reshuffle was to put in place "a strong and united team to build back better from the pandemic", according to AP.

Taking to Twitter, Boris Johnson said that the cabinet he had appointed would work tirelessly to unite the whole country. He added, "We will build back better from the pandemic and deliver on your priorities". Liz Truss has been appointed United Kingdom's new Foreign Secretary, Commonwealth and Development Affairs. She will also remain Minister for Women and Equalities. Truss has replaced Dominic Raab who has now been moved to the position of Secretary of State for Justice and an added title of Deputy Prime Minister.

The Cabinet I have appointed today will work tirelessly to unite and level up the whole country.

We will build back better from the pandemic and deliver on your priorities.

Now let’s get on with the job.

Dominic Raab has faced criticism for delaying his return from a holiday in Greece as the Taliban took over Afghanistan. UK Prime Minister Boris Johnson has appointed Nadhim Zahawi as the Education Secretary. He replaced Gavin Williamson who was the first minister to indicate his departure from the cabinet. Taking to Twitter, Williamson stated that it had been a "privilege to serve" in the job. He also added that he is looking forward to continuing to support the PM and the government.

READ | US Prez Biden to announce group with UK, Australia to boost defence against China: Reports

It has been a privilege to serve as Education Secretary since 2019. Despite the challenges of the global pandemic, I’m particularly proud of the transformational reforms I’ve led in Post 16 education: in further education colleges, our Skills agenda, apprenticeships and more.

Nadine Dorries has been given the position as the head of the Department for Culture, Media and Sport. Health Secretary Sajid Javid retained his position in the cabinet. Housing Secretary Robert Jenrick has been fired and replaced by Michael Gove. Anne-Marie Trevelyan has replaced Liz Truss as Secretary of State for International trade. Furthermore, Oliver Dowden has now been given the role of minister without portfolio at the Cabinet Office. Simon Clarke has been appointed as the Chief Secretary to the Treasury, and Nick Gibb, the school minister, has left the cabinet.