Recently, a UK-based think tank rejected the false narrative that RSS played a role in the violent clashes, where Hindus were attacked in Leicester. 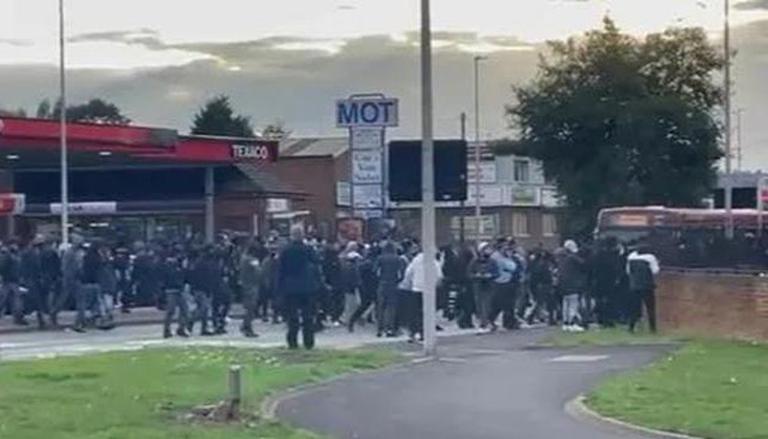 
A UK-based think tank recently rejected the false narrative that RSS and other Hindutva groups played a role in the violent clashes, where people from the Hindu community were attacked in Leicester. This comes after a thorough investigation into the incident.

A Research Fellow at the Henry Jackson Society, Charlotte Littlewood, made the conclusion after conducting interviews with both residents belonging to both religions, compiling social media evidence, video evidence, police reports and statements.

Debunking a few reports that made other claims, Littlewood informed that the investigations did not find Hindutva groups operating in Leicester but instead discovered a micro-community cohesion issue falsely presented as an issue of organised Hindutva groups. Littlewood also observed a community cohesion breakdown pertaining to loud festivals, antisocial behaviour and a conflict between Muslim youth and Hindu youth stemming from territorial attitudes towards one another.

In the month of September, communal clashes were reported in different locations in the UK, where protestors were seen climbing on the temple walls and chanting slogans. Earlier, the disturbance was limited to Leicester. However, it later spread to other locations like Birmingham and Smethwick. In a number of videos that have emerged, agitators were seen vandalising a Durga temple, pulling down a religious flag outside the temple and shouting slogans. Some reports even claimed that the protestors were from Pakistan. The UK police later informed that 47 people were arrested in connection with the case.

An earlier such incident was reported on August 28 after the recent India-Pakistan Asia Cup cricket match that was held in Dubai. The tensions were only between the cricket fans of both the nations, but later the matter escalated and turned into an issue between two communities.