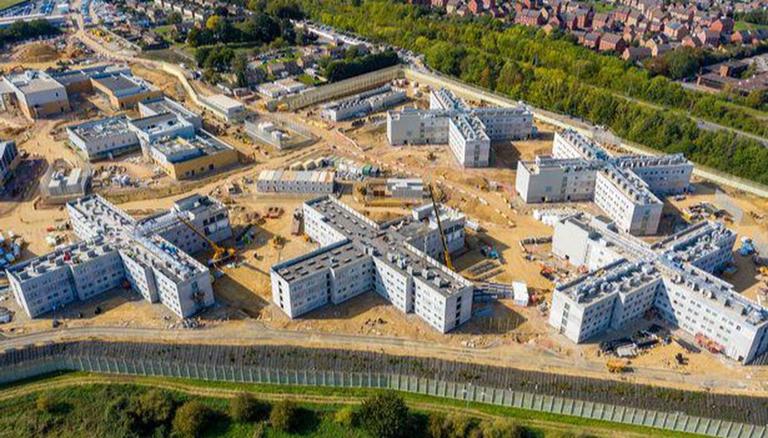 
UK’s first privately run “mega-prison” HMP Five Wells is different from traditional jails as it reportedly features barless windows and river views. According to The Sun, the £253million prison will be able to house up to 1,690 inmates, making it the biggest in England. The first inmate is expected to arrive at the mega-jail in Wellingborough, Northamptonshire next January after months of construction.

Her Majesty’s Prison Five Wells reportedly will feature light and airy double rooms and single rooms, with brightly coloured walls and unobstructed views over the beautiful River Nene and fishing lake. The prison has been structurally finished, but the inside work is to be completed by October. The category C jail aims to be a “modern, efficient prison estate that is fit for the future” and will focus on rehabilitation.

This is the first houseblock getting its floors polished. I love the reception desks for the men and staff to use to support the residents (covered bottom right of photo). These have been made by @hmpps Prison Service Industries. Mobilisation is now ramping up my dear followers😁 pic.twitter.com/XXVfRwAaCZ

The prison has been built on the site of the former HMP Wellingborough site, which closed in 2012 and held a maximum of 650 adult male inmates. Its build has been handled by the Kier group, using pre-cast components containing recycled materials. The roof is covered with solar panels, while the prison has four football pitches and a gardening area, so inmates can get a bit of exercise.

An aerial photo of the landscape ground shows that the prison’s buildings have been designed in the shape of crosses rather than the usual K-shaped formation traditionally used in prison blocks. There are also reportedly plans for a central hub for education, vocational training and social facilities. It will be run by private security business G4s. 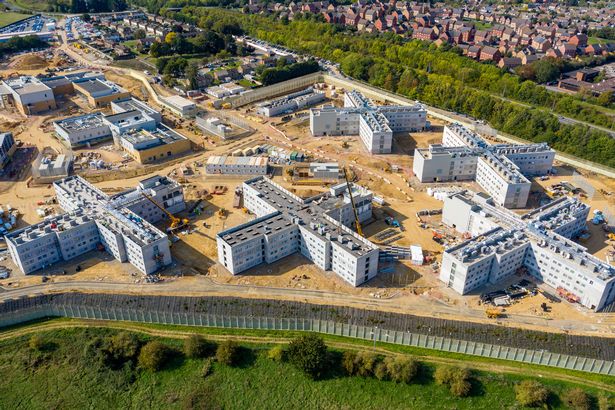 As some have questioned the use of windows without bars, a spokesperson for the prison reportedly said that the special toughened glass used is actually more secure. The spokesperson said that the secure, sealed windows with toughened glass and narrow vents will be used in all cells in future prisons and is just one of the measures being put in place to help stop drugs and illicit mobile phones. They added that these windows are difficult to break, making them more effective in stopping prisoners from accessing contraband.

READ | US, Britain seek new WHO look into COVID origins in China
First Published: 2nd June, 2021 07:01 IST
SUBSCRIBE TO US