'Atrocious Act': US Confirms & Condemns Clip Of 22 Afghan Soldiers Being Killed By Taliban

The United States on July 14 confirmed the authenticity of footage showing killing of the 22 unarmed Afghan soldiers, and condemned the "atrocious act". 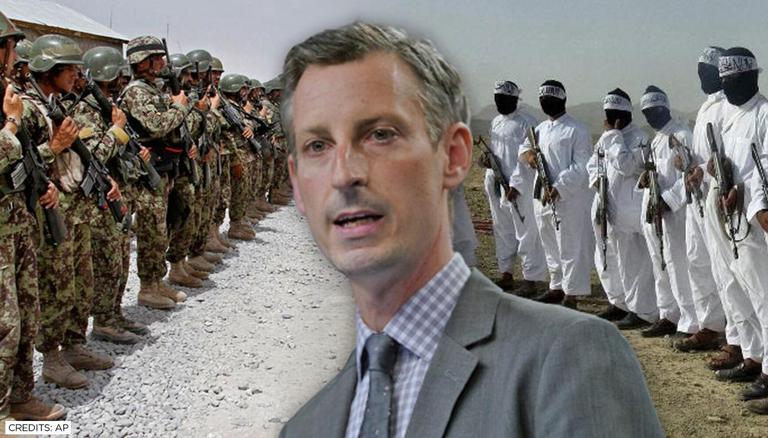 
In the lead up to the US withdrawal from Afghanistan, a video that was posted by an American news network showed what looked like the killing of Afghan soldiers by Taliban soldiers who were seen firing upon the members of the Afghan Special Forces unit. The United States on July 14 confirmed the authenticity of video showing the execution of the 22 unarmed Afghan soldiers and condemned the "atrocious act".

US condemns execution of Afghan soldiers

Speaking about the killing of Afghan commandos, US State Department spokesman Ned Price stated that the video depicts a horrifying scene. Ned Price added that there is no doubt that the footage circulated by the media was authentic. He said that the killing of unarmed individuals is an "atrocious act" and they condemn it.

"The video - which I should say we don't have any reason to doubt - depicts horrifying scenes, the killing - in this case - the slaughter of unarmed individuals is an atrocious act, an outrageous sight and of course, we condemn it," ANI cited Sputnik for quoting Ned Price.

The killings reportedly took place on June 16 in Dawlat Abad in Faryab province, close to Afghanistan's border with Turkmenistan. Taliban spokesperson Suhail Shaheen on Twitter denied the alleged executions and said that the two scenes were "photoshopped and montaged" for the preparation of the report. Suhail Shaheen tweeted, "A report of CNN claiming that the Mujahideen of the Islamic Emirate have killed enemy’s commando soldiers after surrendering is not true. A fake scene has been montaged with another scene of 22 commandos who had been killed during fighting in Faryab province."

READ | Taliban, Afghan politicians agree war not a solution as US withdraws troops

In the video that has emerged from Afghanistan, at least a dozen men from the Afghan Special Forces unit are seen shot to death by the Taliban amid cries of “Allahu Akhbar” meaning God is great.  As per the CNN report, the videos reportedly show the commandos’ bodies strewn across an outdoor market. The media outlet not only obtained the video but also verified several other clips of the shocking incident. The witness reportedly said that the commandos ran out of ammunition and were surrounded by Taliban fighters as the extremist group continued to gain territory in the war-stricken country. US President Joe Biden has announced that America’s military force will be completely withdrawn from Afghanistan by September 11.

READ | Afghanistan: US to evacuate translators after troop exodus amid growing Taliban presence