As COVID-19 hotspots in the US face an acute shortage of testing kits, President Joe Biden on Wednesday acknowledged that "nothing has been good enough." 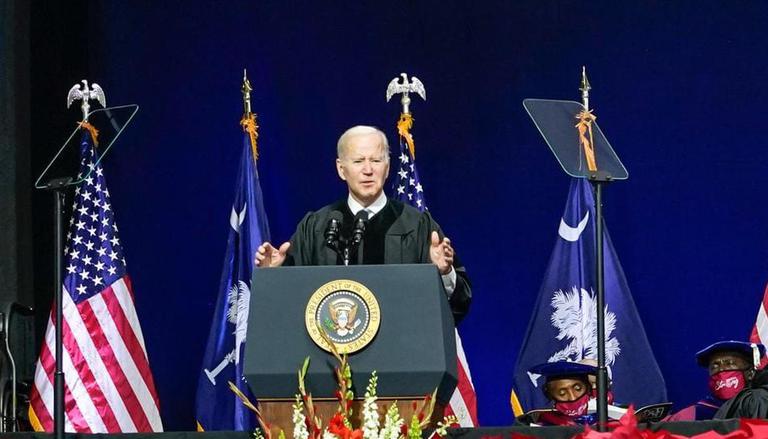 
As COVID-19 hotspots in the US face an acute shortage of testing kits, President Joe Biden on Wednesday acknowledged that "nothing has been good enough." Speaking at an interview with ABC, the President also conceded that his administration has struggled to meet the requirements of robust testing demands fuelled by the surge of COVID-19 cases, coinciding with the Omicron variant. However, he also signalled that the situation cannot be called a "failure" and further explained why the US was better prepared during the previous wave compared to the current one.

Emphasising on a year into Biden's presidency and two years into the pandemic, ABC asked, "If empty shelves and no COVID testing kits in places,  just three days ahead of Christmas, were good enough?" The President replied that "Nothing's been good enough."

The US President stressed that the situation is different than last winter as currently the administration is "chasing" the highly-transmissible Omicron. "The fact of the matter is we are chasing whatever comes on the scene that hadn't been there before... And this was not there last summer, for example," he told ABC.

Biden's statement comes as the US is witnessing a huge spike in demand for tests as the winter holidays are mired with COVID cases, comprising both Delta and Omicron variants. Additionally, there has been a steady influx in COVID-related patients in emergency rooms and intensive care units, The Guardian reported. Although, Biden doesn't "think it's a failure", instead he added: "I think it's... You could argue that we could have argued that you should have known a year ago, six months ago, two months ago, a month ago."

Biden's remarks come after he disclosed "new efforts" to battle against COVID-19. This will include the introduction of a new in-house COVID testing initiative to fight Omicron. "I wish I had thought about ordering half a million tests 2 months ago before COVID hit here," US President Joe Biden told ABC News on Tuesday. Meanwhile, Biden has also urged Federal Emergency Management Agency to assess and expand admission capacity in hospitals in anticipation of the winter surge.

Nevertheless, he reiterated that travellers to the US do not require to be fully vaccinated before boarding inbound flights. Additionally, Biden also relaxed vaccine requirements for domestic travellers, as the White House on Tuesday announced that 200 million have already been vaccinated in the country. In the meantime, the White House informed that it was purchasing more treatments, seeking double the supply of sotrovimab, a monoclonal antibody treatment, apart from AstraZeneca's newly authorised drug for the weakened immune system.

WE RECOMMEND
US: Donald Trump to hold presser on Capitol riot anniversary; election fraud on top agenda
US President Joe Biden mocked for Jonas Brothers TikTok in viral spinoff; WATCH
Biden rules out new COVID curbs in US, says Omicron 'will not send us back to March 2020'
Joe Biden refers to Kamala Harris as 'President' in latest verbal goof-up | Watch
US: 'Surprised' Trump thanks Biden for acknowledging his govt's COVID vaccine efforts