In order to punish Beijing, law was signed by Biden that will now bar all the goods from Xinjiang, and will impose sanctions on foreign entities for purchase. 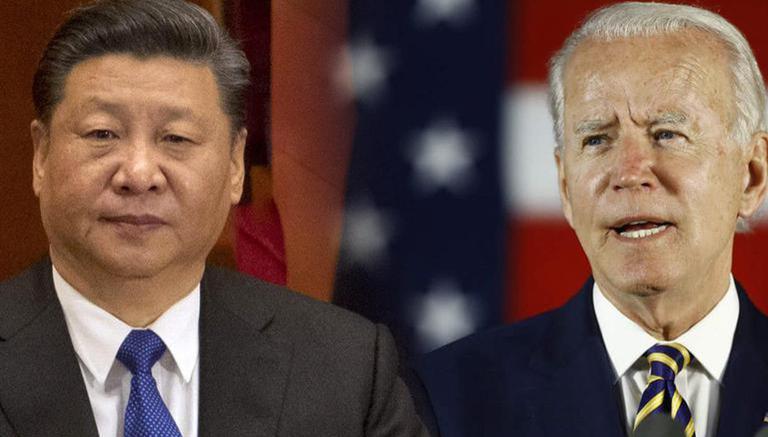 
US President Joe Biden on Thursday, Dec. 23 signed the bill ‘H.R. 6256’ or the Uyghur Forced Labor Prevention Act into legislation that bans the imports from China's Xinjiang region in a move to hold the Chinese government accountable for the human rights abuses on Uyghur minority and other ethnic community. The United States accuses the People’s Republic of China of forced slave labour, mass sterilizations, ethnic cleansing of the Uyghurs at the concentration camps.

In order to punish Beijing, the law was signed by the US leader that will now bar all the goods from Xinjiang, as well as impose sanctions on foreign entities for purchasing the products labelled as being manufactured in Xinjiang from the forced labour. The province supplies much of the world's materials for solar panels, cotton, tomatoes, and polysilicon.

“The bill bans imports from the Xinjiang Uyghur Autonomous Region (Xinjiang) of the People’s Republic of China and imposes sanctions on foreign individuals responsible for forced labor in the region,” the White House informed in a statement.

The bill was initiated by the US House Speaker Nancy Pelosi,Senate Majority Leader Schumer, Representatives McGovern and Chris Smith, and Senators Merkley and Rubio, the White House said. The law bans the goods from the areas dedicated as the "high priority" in the legislation. The US Customs and Border Protection Agency says that about $9 billion (€7.9 billion) of cotton products was imported into the US from China, reports confirmed. Some of the major corporations that used forced labour to manufacture the items will now be held accountable. The law was passed at the US House of Representatives and the Senate earlier last week.

"This is not a partisan issue. It is a human rights issue. It is a moral issue," Rep. Jim McGovern, the sponsor of the bill, had told NPR. The legislation received an overwhelming 428-1 vote. Both US House Speaker Nancy Pelosi and Sen. Marco Rubio united in their stance, as they noted that it is an issue against Chinese abuse of human rights where all US lawmakers unite. “Goods manufactured or produced in Xinjiang shall not be entitled to entry into the United States unless Customs and Border Protection (1) determines that the goods were not manufactured by convict labour, forced labour, or indentured labour under penal sanctions; and (2) reports such a determination to Congress and to the public,” the bill read.

WE RECOMMEND
US President Joe Biden mocked for Jonas Brothers TikTok in viral spinoff; WATCH
Joe Biden accidentally refers to Kamala Harris as 'President' during speech at varsity
US President Joe Biden will run for reelection in 2024 if he is 'in good health'
Joe Biden refers to Kamala Harris as 'President' in latest verbal goof-up | Watch
US: 'Surprised' Trump thanks Biden for acknowledging his govt's COVID vaccine efforts