Biden Weighs In On Lack Of Force, Says 'racism Protesters Would Be Treated Differently'

President-elect Joe Biden on January 8 compared Donald Trump’s supporters who stormed the US Capitol to the Black Lives Matter protests that prevailed in US.

President-elect Joe Biden on January 8 compared Donald Trump’s supporters who stormed the US Capitol to the Black Lives Matter protests that prevailed across the nation last year. Biden accused the US authorities of treating the pro-Trump protesters more leniently than the anti-racism demonstrators who were forcibly dispersed by the law enforcement in Washington at the same place.

The majorly peaceful demonstrations against racism in the United States were subjected to the overwhelming use of force, chemical dispersants, rubber bullets over some unruly looters with thousands of arrests. However, there were only dozens of arrests, many weapons were seized along with discovering improvised explosive devices. The mob who had entered inside one of the most iconic American buildings were escorted by the police from the premises and some were not even handcuffed.

Weighing in on the double standards that have already been voiced by several lawmakers in the US, Biden said that the racism protesters would have been treated “very differently” had they been in a similar situation. The President-elect further called it “unacceptable”. The chaos outside the US Capitol Hill left one woman dead of a police gunshot wound and many injured. Even the Black Lives Matter Global Network Foundation mentioned the double standards with use of force in the US.

"No one can tell me that if it had been a group of Black Lives Matter protesting yesterday... they wouldn't have been treated very, very differently than the mob of thugs that stormed the Capitol," Biden said.

"We all know that's true, and it is unacceptable,” he added. 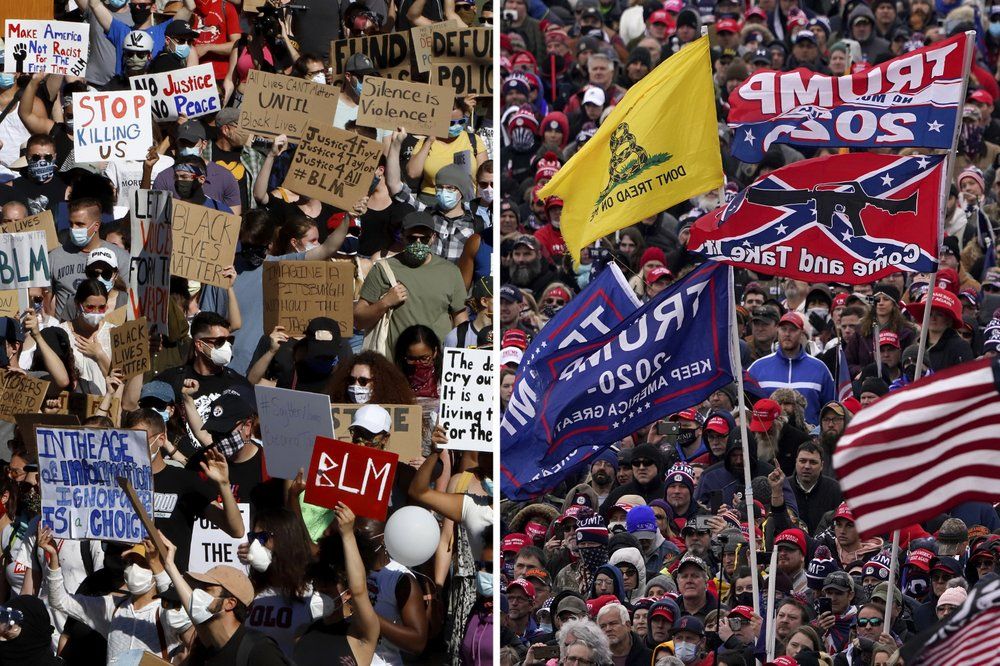 President-elect Joe Biden lambasted Donald Trump on January 7 as two top Democrats in Congress called for immediate removal of the outgoing US President from the office even as his tenure ends in nearly 13 days. Following the chaos of January 6 when Trump’s supporters stormed the US Capitol building as the Congress convened to verify Biden’s electoral college votes. People who gathered outside the federal building smashed doors and broke windows claimed to ‘take the house back’.

While Trump’s most senior cabinet members have either resigned or are discussing his removal, Biden termed the day as ‘one of the darkest days’ and even refused to acknowledge the mob as ‘protesters’. At an event introducing his nominee for attorney general, Biden did not address demands off Trump’s removal but called the supporters who swarmed the building as “domestic terrorists”. Biden also accused Trump of an “all-out assault on the institutions of our democracy.”

WE RECOMMEND
Trump allowed on Twitter with 'final warning' after 12hr of clampdown post Capitol siege
Can Trump be removed from the office before tenure ends? Read how it could work
Trump after US Congress confirms Joe Biden's win: 'There will be an orderly transition'
US Capitol Siege LIVE: Donald Trump concedes, makes way for Biden as Congress confirms win
Mexico leader condemns Twitter, Facebook for blocking Trump