Canada And US Heatwave 'impossible' Without Climate Change: Study

The scorching heatwave that hit Canada and the US in June was "virtually impossible" without climate change, said World Weather Attribution group researchers. 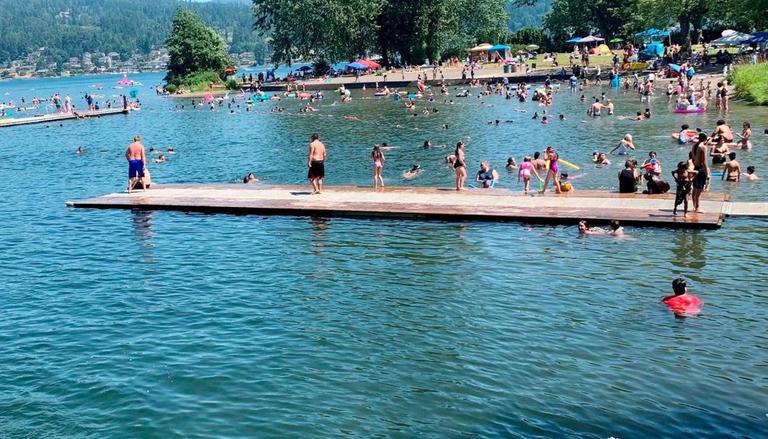 
The scorching heatwave that hit Canada and the US in June was "virtually impossible" without climate change, said a team of climate researchers from the World Weather Attribution group. The extreme heatwave, which is supposed to be a once-in-a-1000-year-event is now likely to appear about 150 times more than its normal routine, they added. Human-influenced climate change has been a cause of alarming concern for climate scientists all over the world. The town of Lytton, BC set a new all-time record of 49.6 degrees celsius. According to the European Union Climate Monitoring service, June was the hottest recorded month in North America.

We are in a #climateemergency. #actonclimatepic.twitter.com/H3diWrq4TO

To analyze the significance of climate change on Canada and the US Heatwave, the scientists compared the current temperatures with that from 1800, the beginning of the industrial revolution. As a result, the scientists noted a worrying increase of 1.2 degrees Celsius than its historically observed temperatures. Climatologists have mapped two theories that have led to the bizarre amplification in temperature.

Climate change played a key role in this extreme heatwave in Canada and the US, said climatologist from the University of Oxford, Frederike Otto. Climate change has two sources, global warming and human-induced emissions like the burning of fossil fuels, energy consumption, synthetic agricultural methods, and deforestation. These sources have led to an unprecedented impact on the global climate leading to drastic temperature changes across the globe.

Scientists have observed two-times the expected rise in temperature on land. This has amplified the causing of desertification, wildfires, and heatwaves. According to Intergovernmental Panel on Climate Change, the global rise in temperature is about 1.2 degrees Celsius and at the same rate, it can rise to 1.5 degrees Celsius and beyond. Multiple independently produced instrumental datasets show that the climate system is warming, with the 2009–2018 decade being 0.93 ± 0.07 °C (1.67 ± 0.13 °F) warmer than the pre-industrial baseline (1850–1900). Currently, surface temperatures are rising by about 0.2 °C (0.36 °F) per decade, with 2020 reaching a temperature of 1.2 °C (2.2 °F) above pre-industrial.[13] Since 1950, the number of cold days and nights has decreased, and the number of warm days and nights has increased.

There has been an increase in the frequency and intensity of heavy precipitation, melting of snow and land ice, and increased atmospheric humidity. Flora and fauna are also behaving in a manner consistent with warming; for instance, plants are flowering earlier in spring. Since 1950, the number of cold days and nights has decreased, and the number of warm days and nights has increased. At this rate, the world is expected to experience Heat-wave of such intensity every 5 years.

WE RECOMMEND
US considers visas for vulnerable Afghan women after troops pull out from Afghanistan
Biden says troops 'repositioning' as US shifts counter-terrorism focus from Afghanistan
US, Canada raise concerns about Mexico over govt's new energy policies
US CDC & FDA say 'no need for COVID booster shot' as Pfizer, Moderna seek nod for 3rd jab
Dombrandt's progress rewarded with England cap vs Canada