In a rebuttal to US President Joe Biden's pledge to safeguard Taiwan, China declared that Beijing is ready to defend its national interests over the island. 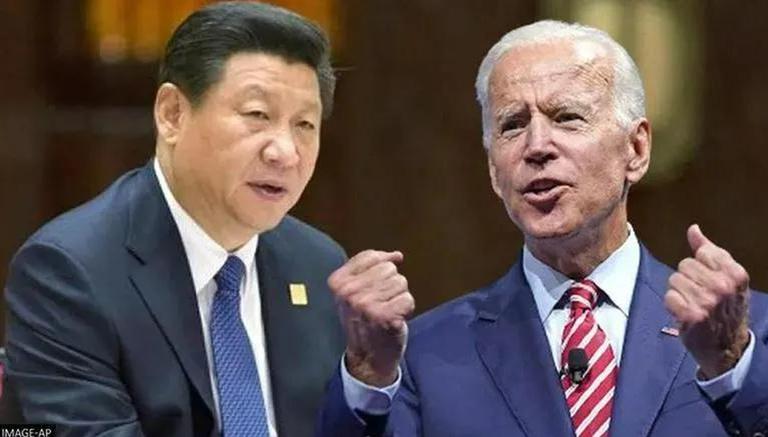 
In a rebuttal to US President Joe Biden's pledge to safeguard Taiwan, China declared on May 23 that Beijing is ready to defend its national interests over the island. It is worth mentioning here that, earlier the US president had vowed to safeguard Taiwan from any invasion by China. Notably, China's Communist Party has never had control over Taiwan, but it considers the island to be part of its territory and has threatened to take it by force if necessary.

Biden, who is in Tokyo to meet with regional partners, had recently warned that China's increasingly assertive position towards the island was "flirting with danger," and vowed to defend Taiwan against any military action by its massive neighbour. In Beijing, China's foreign ministry spokesperson Wang Wenbin responded to Biden's remark, telling reporters that, "Taiwan is an inalienable part of China's territory."

Wang said, "The Taiwan issue is a purely internal affair for China. On issues touching on China's core interests of sovereignty and territorial integrity, China has no room for compromise or concession."

'No one should underestimate the Chinese people's powerful commitment...'

Biden drew a parallel between Western nations' reaction to Russia's invasion of Ukraine and Beijing's assessment of the risks of military action against Taiwan. Retaliating to Biden's remarks, Wang stated that China would always protect its interests using the strength of its 1.4 billion people. He added that no one should underestimate the Chinese people's powerful commitment, unwavering will and formidable capability in preserving national sovereignty and territorial integrity.

READ | In Tokyo, PM Modi interacts with Japanese kids in Hindi, quips 'Where did you learn it?'

Moreover, earlier on May 23, China slammed the United States' Indo-Pacific strategy on May 22, claiming it is "doomed to fail" because it is avidly advocated by Washington to "contain" Beijing. According to Chinese Foreign Minister Wang Yi, the four-nation alliance was formed under the guise of freedom and openness, but with the intention of enclosing China.

Chinese Foreign Minister Wang Yi stated, during a joint press conference with his Pakistani counterpart Bilawal Bhutto Zardari in the southern Chinese city of Guangzhou, that the "Indo-Pacific strategy" is causing increased vigilance and concern in the international community, particularly in the Asia-Pacific region.