Donald Trump Weighs In On Afghanistan: 'If I Was President, Things Would Be Different'

Donald Trump noted the withdrawal of the US troops should have been 'conditions-based' and stated what was transpiring in Afghanistan was 'not acceptable.' 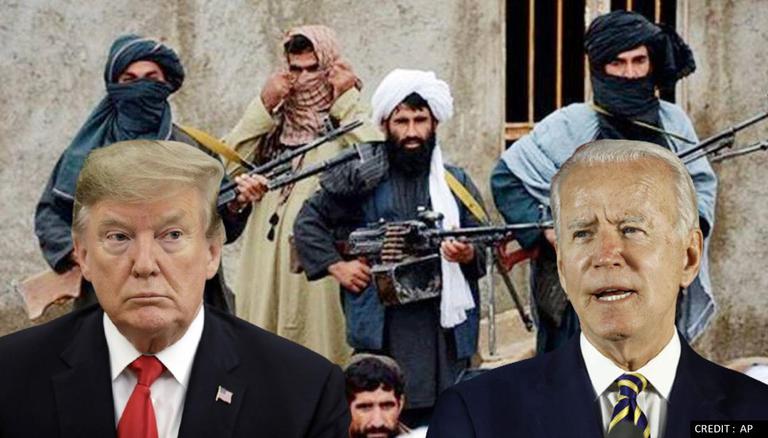 
Former US President Donald Trump condemned the US' pullout plan from Afghanistan under President Joe Biden, stating if he was the President, the world would have seen a much more 'different and successful' exit from the region. Issuing a statement, Trump noted the withdrawal of the US troops from the country should have been 'conditions-based' and stated that what was transpiring in Afghanistan today was 'not acceptable’.

Trump said, “If I were now President, the world would find that our withdrawal from Afghanistan would be a conditions-based. I personally had discussions with top Taliban leaders whereby they understood what they are doing now would not have been acceptable.”

“It would have been a much different and much more successful withdrawal, and the Taliban understood that better than anyone. What is going on now is not acceptable. It should have been done much better," he further added.

In response to the growing criticism, Biden defended his pullout plan that said that Afghanistan needs to 'fight for themselves and fight for their nation’. He has also said, “I do not regret my decision.”

US send 3,000 troops to evacuate citizens

The United States has announced that it will be sending an additional 3,000 troops to Afghanistan to support the orderly reduction of civilian personnel. Talking to reporters in Washington, Pentagon Press Secretary, John Kirby said that apart from 3,000 troops, over 3,500 US troops will be on standby in Kuwait and 1,000 military personnel will head to Qatar to help process Special Immigrant Visa (SIV) applicants.

"Forces are being deployed to support orderly and safe reduction of civilian personnel at State Dept's request. This is a temporary mission with a narrow focus. Our commanders have the inherent right of self-defence and any attack on them can and will be met with forceful response," announced Kirby.

He added, "Apart from 3,000 troops in Afghanistan, over 3,500 US troops will be on standby in Kuwait to manage impacts of troop withdrawal from Afghanistan. An additional 1000 military personnel will head to Qatar to help with processing Special Immigrant Visa (SIV) applicants.”

This move comes after Afghan officials confirmed that the country's second-largest city, Kandahar, had fallen to the Taliban militants. Taliban's takeover of 12 provincial capitals in Afghanistan has mounted enormous pressure on the country's capital - Kabul.