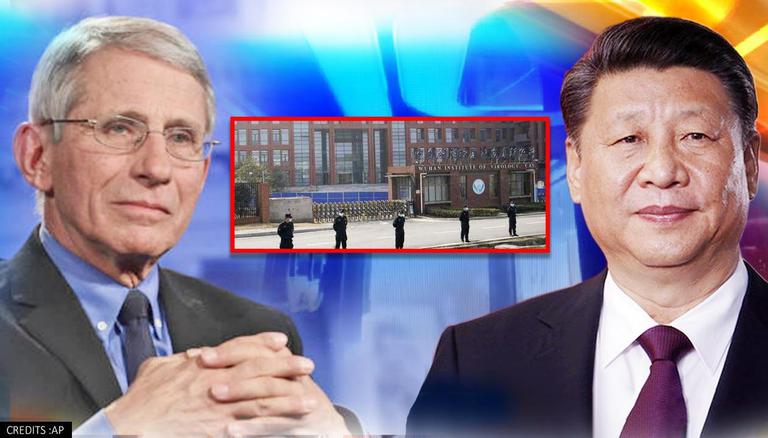 
After Dr. Anthony Fauci's emails on the origins of COVID-19 and mask-wearing created a massive row in the US, the top expert denied the allegations that had stemmed from his email exchange with US-based EcoHealth Alliance calling it 'nonsense.'

Earlier this week, several US media outlets released thousands of emails of the Director of the National Institute of Allergy and Infectious Diseases from 2020 during the rise of the unprecedented COVID-19 pandemic across the globe.

In one such email, an executive at EcoHealth which funded research at China's Wuhan Institute of Virology into the COVID-19 origin thanked Dr. Fauci for publicly stating that scientific evidence supports a 'natural origin for the Coronavirus and not a lab leak.' This sparked concerns on the relationship between the top medical expert in the US and the Wuhan Institute.

Denying any connections, Dr. Fauci while speaking to CNN said, "That's nonsense. I don't even see how they get that from that email. I have always said, and will say today, that I still believe the most likely origin is from an animal species to a human, but I keep an absolutely open mind that if there may be other origins of that, there may be another reason, it could have been a lab leak from China."

Dr. Anthony Fauci maintained that over the course of 2020-21, out of 10,000 emails that had surfaced from the time period, several new pieces of information had come up and several of his statement had been redacted after newer research into Coronavirus.

"You can misconstrue it however you want -- that email was from a person to me saying 'thank you' for whatever it is he thought I said, and I said that I think the most likely origin is a jumping of species. I still do think it is, at the same time as I'm keeping an open mind that it might be a lab leak," Dr Fauci stated.

Additionally, Dr Fauci's alleged flip-flop on the importance of wearing masks also courted controversy. In the Fauci email under criticism, the American physician has said that face masks were best for infected people to stop them from spreading COVID-19 and was "not really effective" in keeping the virus out for someone who had not been infected.

Clarifying his stance Dr. Fauci said, "Let's get real here -- if you look at scientific information as it accumulates, what is going on in January and February, what you know as a fact, as data, guides what you tell people and your policies. If March, April, May occur, you accumulate a lot more information and you modify and adjust your opinion and your recommendation based on the current science and current data."