Regardless of the fact that Donald Trump would run for the 2024 presidential polls, the decision by the former president is expected to have no effect on other 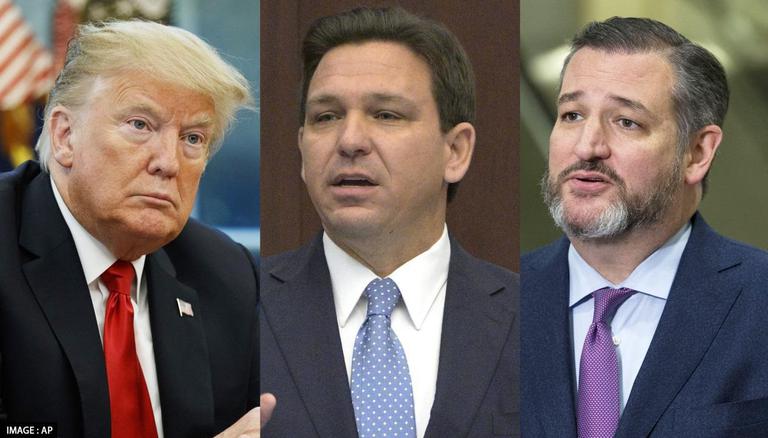 
Almost immediately after the recent midterm elections, the journey to the 2024 presidential election in the United States begins, and a number of contenders are already in the running. The US will have its 60th presidential election on November 5, 2024. Furthermore, the 2024 election winner will take office on January 20, 2025.

Regardless of the fact that Donald Trump would run for a third time in the 2024 presidential polls, the decision by the former president is expected to have no effect on other potential contenders.

The former President of the US, Donald Trump announced from Mar-a-Lago in Palm Beach, Florida that he will be entering the presidential race again in 2024. However, there are widespread rumours that Trump's advisers suggested he postpone the November 15 speech, in part because Republicans suffered some significant defeats in the November 8 midterm elections.

Trump had constantly criticised the results of the election in November 2020, calling it the most rigged in US history.

Ron DeSantis, the governor of Florida, is thought by many to be the most likely challenger to Trump as the Republican nominee for president in 2024. The 44-year-old won an overwhelming victory for a second term as governor of Florida in last Tuesday's midterm elections. DeSantis defeated Charlie Crist, a Democrat, 59 to 40, the largest margin of victory in a Florida governor's election since Jeb Bush won by nearly 13 points in 2002.

READ | How much support does Donald Trump enjoy among Republican voters and senators?

Trump, on the other hand, urged DeSantis not to seek the presidency in 2024, claiming that doing so would damage the Republican Party, Sputnik reported.

A US media outlet stated last month that Texas Senator Ted Cruz has not excluded the thought of running for president in 2024 and that Cruz will run even if Trump does. Another US news source reported that the 51-year-old had previously informally campaigned in New Hampshire, where he addressed a gathering for Karoline Leavitt, the Republican candidate for the state's first Congressional district while mingling with the audience and posing for photos.

READ | Donald Trump set to make ' very big announcement' from Mar-a-Lago; All you need to know

Although Cruz, who now has a high level of national prominence, declined to support Trump at the Republican National Conventions that year, the decision did not damage their relationship.

Youngkin rose to prominence last year when he defeated Democrat Terry McAuliffe by running on platforms that included tax reduction and the importance of parents in their children's education. It is noteworthy that Youngkin was elected governor of the state that Joe Biden won by a margin of 10 points in the 2020 presidential contest.

Former Secretary of State Mike Pompeo appears to be more open about his desire to run for president in 2024 than DeSantis and Youngkin.

In September, 58-year-old Pompeo mentioned "a team in Iowa, a team in New Hampshire, and South Carolina" when speaking at a gathering in Chicago.

Although Pompeo's time as Secretary of State under Trump has given the 58-year-old "some gravitas and authority," US media comment in this context that there is uncertainty about "whether he has the charisma to go all the way — or whether there is a significant pro-Pompeo camp anywhere in the GOP", Sputnik reported.