Former US Vice President Mike Pence on Sunday, 7 November, expressed confidence that the Republican party is “going to win back this country in 2024”. 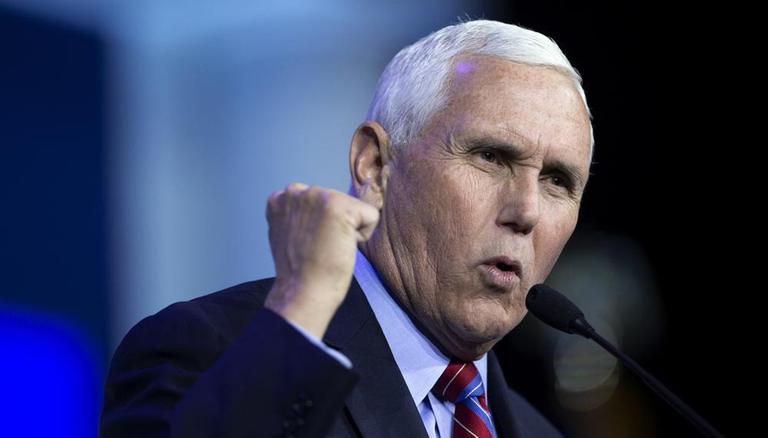 
Former US Vice President Mike Pence on Sunday, 7 November, expressed confidence that the Republican party is “going to win back this country in 2024”. Pence was among the eight prominent Republicans who spoke at the four-day Republican Jewish Coalition’s (RJC) annual leadership meeting in Las Vegas. He was among those who received the loudest applause as he served as the headline speaker, predicting the country was “just 12 months away from a great Republican comeback”.

“Right here and right now, from this point forward, we will all resolve to do our part to win back the House, the Senate, governorships across the country in 2022,” Pence said, offering no hits about plans for his own political future. “And we’re going to win back this country in 2024,” he added.

It is to mention that earlier this year, Pence had visited Iowa, New Hampshire, and South Carolina, the first three states on the primary and caucus schedule. Back then he also eluded the question of whether he decided to run in 2024, noting instead that his main focus was the upcoming midterm elections of 2022. Pence had assured those who gathered for his speech that “we’re on the verge of a great conservative comeback all across this country”.

'Biden has turned his back on Israel'

Meanwhile, during the same conference, the former Vice President also criticised Biden’s handling of his relationship with Israel. “Make no mistake about it, President Joe Biden has turned his back on Israel,” Pence said. He also said that America is a “nation in crisis” under Biden’s leadership.

"This is an unlawful step and it’s time for Congress to act to deny President Biden from opening a consulate in Jerusalem," he added.