Guterres called on the international community to urgently offer a “lifeline” to millions of vulnerable Afghans “who face perhaps their most perilous hour”. 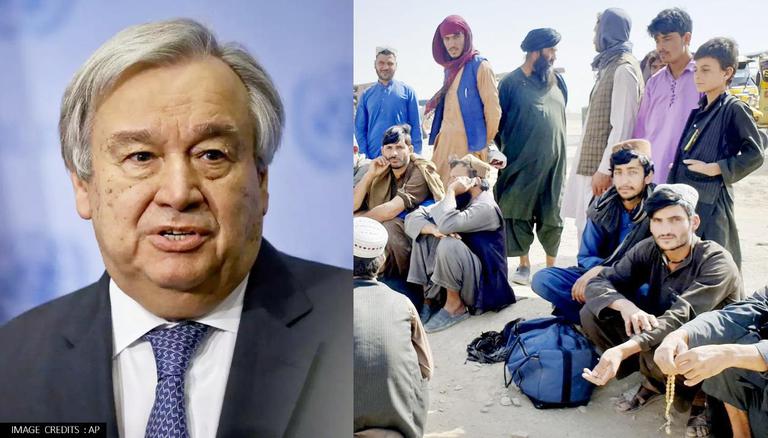 
UN Secretary-General Antonio Guterres on 13 September called on the international community to urgently offer a “lifeline” to millions of vulnerable Afghans “who face perhaps their most perilous hour”. According to the UN News, Guterres, while leading the appeal in Geneva for $606 million to support emergency aid for 11 million people across Afghanistan, said that even before the uncertainty caused by the Taliban takeover last month, people were in the grip of one of the worst crisis in the world. He said that Afghans “need a lifeline” and further highlighted concerns over humanitarian access.

The UN Chief said, “After decades of war, suffering and insecurity, they (Afghans) face perhaps their most perilous hour. Now is the time for the international community to stand with them”.

Guterres further said that Afghanistan’s new rulers had pledged their cooperation to “ensure assistance is delivered to the people of Afghanistan. Our staff and all aid workers must be allowed to do their vital work in safety -- without harassment, intimidation or fear”.

The people of Afghanistan are facing a humanitarian calamity.

This is the time for the international community to extend a lifeline and do everything we can – and everything we owe – to help them hold on to hope. https://t.co/ZX1koiribx

The United Nations noted that over 55,000 people have been displaced in the country since January 2021. One in three Afghans is experiencing a crisis or emergency levels of food insecurity, and more than half of the children under the age of five are at the brink of acute malnutrition. Guterres explained that one in two Afghans do not even know where their next meal is coming from.

He said that “many people could run out of food by the end of the month, just as winter approaches”.

Taliban give written assurance to UN

Separately, while addressing the conference, the Executive Director of UNICEF, Henrietta Fore underscored the desperate situation for many Afghan nationals. Fore said that the number of unaccompanied and separated children is increasing. She even said that the UN has received informal reports of the recruitment of children by parties to the conflict.

Fore added that the UN is, therefore, “concerned that children may be at a heightened risk of experiencing other grave violations of their rights”.

Meanwhile, during the same conference, UN emergency relief chief Martin Griffiths noted that he had received written assurances from the Taliban to allow relief efforts to continue. Griffiths revealed that the Taliban’s written commitments included the removal of “current and previous impediments” to the UN’s humanitarian projects. He also added that aid workers would also be protected by the Taliban, as would the sanctity of UN premises. The Taliban were in agreement about women’s rights and freedom of expression, in line with the country’s religious and cultural values, the UN emergency chief explained.

READ | UN chief Antonio Guterres on 20 yrs of 9/11 attacks: 'We stand in solidarity with victims'