A newly-wed couple Bekah and Tim Bakely went to Hawaii a few weeks after their wedding to get pictures clicked against the beautiful view but somehow the waves crashed over the couple and knocked them into the ocean. However, the pictures weren't ruined, instead, it was beautifully captured by the photographer who the couple had hired. The photo soon went viral on social media where the groom can be seen kissing the bride as the waves come crashing down on them. 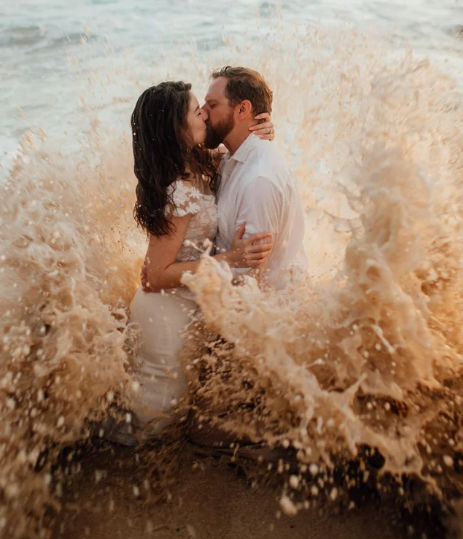 The photo uploaded on Reddit has been 99% 'Upvoted' and has received a lot of comments. A hilarious comment by netizen read, “Shoutout to the world's best dry cleaner who still managed to get all the spots and stains out”. Another commented, “These pictures are AWSOME!! They don't look posed. They look spontaneous and fun the way pictures should be in my opinion. Congratulations may you both have a long happy marriage together”.

READ: Wedding Proposal: Unique Ideas To Being Answered With A 'Yes' 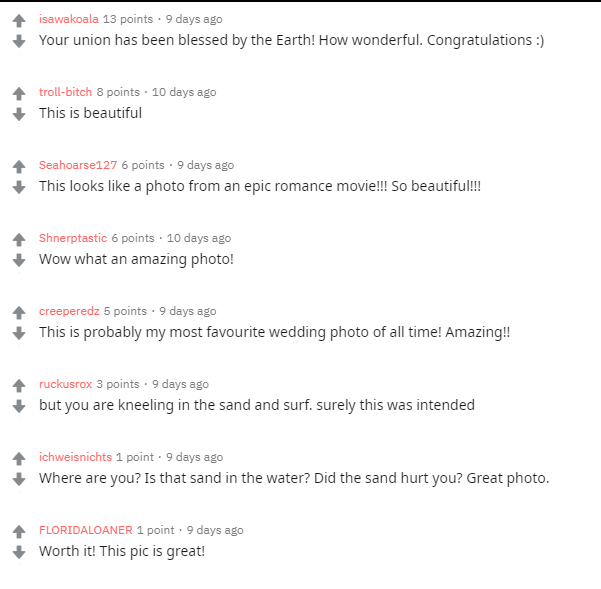 READ: Malaika Arora: Stunning Outfits That You Can Try This Wedding Season

In a strange turn of events, a pre-wedding ceremony photoshoot saw the attendance of uninvited guests- not of the usual kind. A couple's photoshoot was photobombed by a group of raccoons, perhaps wanting to wish the couple a happy married life. On September 14, prior to the wedding ceremony in the Tulip Garden at San Francisco's Golden Gate Park, the bride, and groom ZachLevenberg and Sarah Schaaf, decided to whisk off and take "first look" photographs. The photographer, Kathryn White, was all ready to capture the groom's look when he would see his wife-to-be for the first time; when the raccoons decided that they want theirs to be captured as well. A group of raccoons emerged from behind the forest and photobombed the pictures. The entire scenario looks like it came right from a fairytale book.