Wherever the President of the US goes, a military aide carrying a heavy black briefcase follows, which is equipped with a nuclear control system. 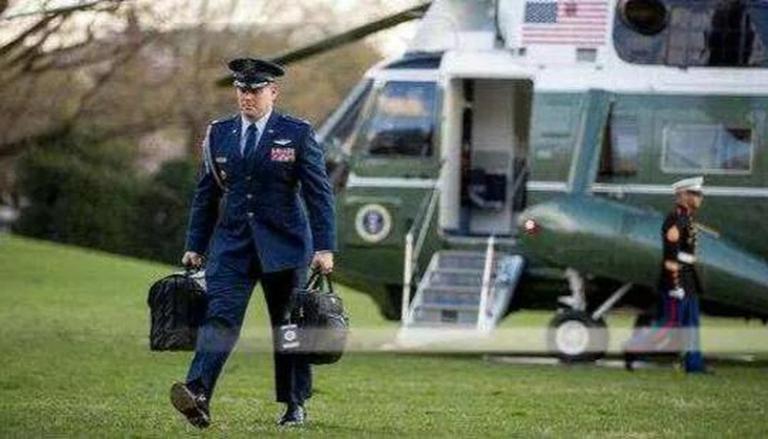 
Wherever the President of the United States goes, a military aide carrying a heavy black briefcase follows, which is equipped with a nuclear control management system. The system has the credential to destroy an entire nation in one go. According to the White House, the small portable communications system nicknamed the "nuclear football" enables the president or a stand-in to order a nuke attack, in case of any life-threatening emergency. Likewise other US Presidents, the system was handover to Joe Biden- the moment he took the oath of office.

As per the US security agency, there is a secure Situation Room in the White House where the POTUS communicate with military leaders and could order a full-fledged war. However, in case, the President is out of the country, "nuclear football" will help the head of the nation in establishing a secure connection between the President and the control room.  Amid the war in Ukraine, Russian President Vladimir Putin, on several occasions warned to launch a nuke strike on Kyiv. If he continues with his plan, the US President has the power to launch a counter-nuclear attack from the back of the Beast limousine, Air Force, or from the secret bunker.

"Nuclear football" is worthless without a "Biscuit"

However, the process to launch a nuclear weapon against any country is not like a remote control system, but it is protected with an advanced coding mechanism. In order to authenticate that the orders are passed by the President and not by anyone else, the role of the “biscuit” comes into play. It contains the codes, known as Gold Codes, by which the president can identify himself and make the order. Though it sounds fascinating, it becomes a significant threat in case of theft or loss of the portable system.
In July last year, Pentagon took a rare look at whether it is prepared to deal with the theft or other related situations.
While announcing the probe, the Pentagon inspector general’s office did not disclose what precipitated it, but questions about security procedures arose in the aftermath of the January 6 insurrection at the Capitol.

What happened if the nuke system is lost?

According to multiple media reports, then Vice President Mike Pence was seen on security camera video being escorted to safety, along with a military aide carrying the backup “nuclear football,” as rioters entered the Capitol. A backup system always accompanies the vice president so that he is able to communicate in the event the president cannot. In the latest revelation,
former president Donald Trump, on Monday, claimed that Bill Clinton lost the nuclear codes while in office. Trump reposted a statement on his social media platform from former Clinton military aide Robert “Buzz” Patterson, who claimed, “Just a reminder, but Bill Clinton actually LOST the nuclear codes during my tenure with him. We weren’t raided.”