Kamala Harris has privately told her allies that news coverage of her would be different if she was any of her 48 predecessors, all of whom were white and male 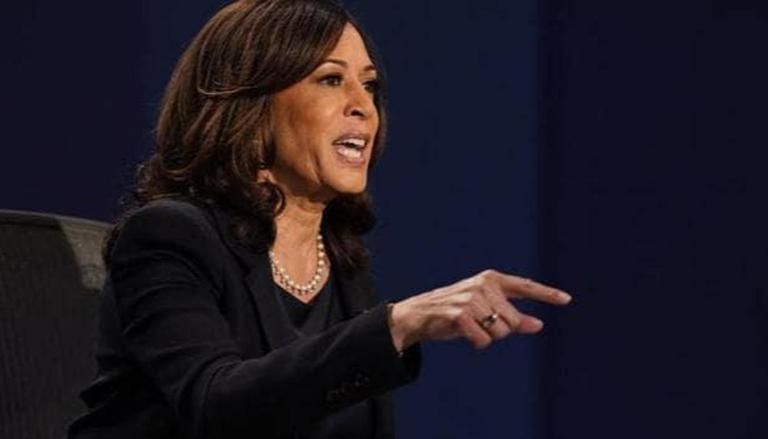 
US Vice President Kamala Harris thinks that the media coverage related to her is "biased and opinionated" owing to her race and would have been more positive if she was a ‘white male’. A new report by the New York Times on Thursday revealed that  Harris has told allies that the media “targets her unfairly” because she is Black and a woman. Kamala Harris is the first Black and Asian woman to be vice-president of the United States.

“Ms. Harris has privately told her allies that the news coverage of her would be different if she was any of her 48 predecessors, all of whom were white and male,” the Times reports. “She also has confided in them about the difficulties she is facing with the intractable issues in her portfolio, such as voting rights and the root causes of migration,” it added.

The media outlets had earlier made sensational claims that the US Vice President, who has her roots in India, has had a fallout and had been sidelined with the US President Joe Biden, adding that she has been struggling to make her mark during her tenure. The White House, although, moved to defend her. Biden’s press secretary, Jen Psaki, said, “For anyone who needs to hear it, Harris is not only a vital partner to [Joe Biden] but a bold leader who has taken on key, important challenges facing the country – from voting rights to addressing root causes of migration to expanding broadband.”

“Ten months into her vice-presidency, Ms. Harris’s track record on delivering on the administration’s global priorities has been mixed,” the New York Times had at the time reported. “I think she’s been really hidden this whole time and out of the sight of most Europeans. I think she’s been quite under the radar,” Célia Belinof the Center on the United States and Europe at the Brookings Institution told the paper taking aim at Harris.

“Exasperation and dysfunction: Inside Kamala Harris’ frustrating start as vice-president,” read another headline by CNN. The inside report carried stark criticism of the US VP as it read, “Worn out by what they see as entrenched dysfunction and lack of focus, key West Wing aides have largely thrown up their hands at [Harris] and her staff.”

Just last week, Vice President Harris bristled on TV after her host Charlamagne Tha God asked her who America’s “real” president is. At the comedy central show where the duo was discussing Democratic Sen. Manchin’s opposition to some liberal spending legislation, Charlamagne Tha God  asked Harris: “I want to know who the real president of this country is — is it Joe Biden, or Joe Manchin?”Lashing out LIVE on television and seemingly frustrated Harris said: “C’mon, Charlamagne,” she said. “No, no, no, no, it’s Joe Biden,” she repeated consistently, in angst. “And don’t start talking like a Republican, about asking whether or not he’s president. … And it’s Joe Biden, it’s Joe Biden and I’m vice president and my name is Kamala Harris,” she asserted.

Our @VP can absolutely be the superhero that America needs to protect democracy if she applies *this* type of passionate pressure to progressive roadblocks like @Sen_JoeManchin. Hit our YouTube page to watch the full interview! Link in bio! #TGHT pic.twitter.com/BE2zRT5YlO

Harris has now been ‘privately’ telling allies that she believes the media coverage related to her would be much better if she were white and male like her 48 predecessors. She has also sought the support of Hillary Clinton — the first female Democratic presidential nominee to guide her. “There is a double standard; it’s sadly alive and well,” Clinton told the US-based newspaper. “A lot of what is being used to judge her, just like it was to judge me, or the woman who ran in 2020, or everybody else, is really colored by that.”