US Vice President Kamala Harris on Saturday made an unannounced address at the funeral for a victim of the Buffalo supermarket shooting. 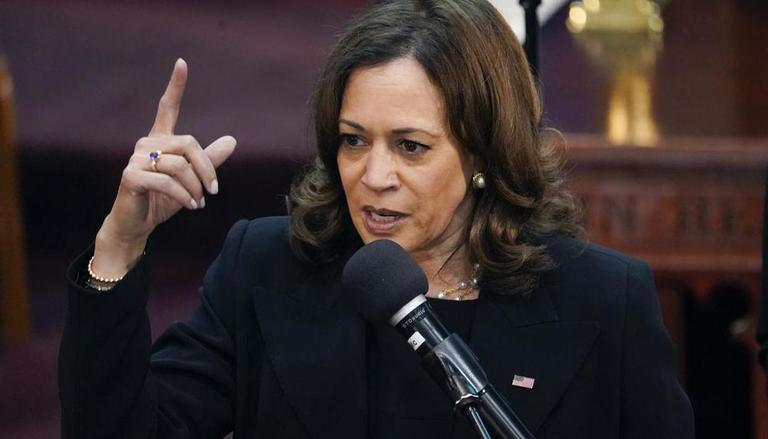 
United States Vice President Kamala Harris on Saturday made an unannounced address at the funeral for a victim of the Buffalo supermarket shooting and said that such violent acts will not stop the country from raising its voice. At the funeral for Ruth Whitfield, who was killed on May 14 in a mass shooting at Tops Friendly Markets store along with nine other Black people, Harris said “true strength” is based on “who you lift up”.

“Who you lift up. And it means then also, in that strength, understanding we will not allow small people to create fear in our communities that we will not be afraid to stand up for what is right, to speak up even when it may be difficult to hear and speak,” she added.

The funeral comes after the mass shooting at a predominantly Black neighbourhood in Buffalo, New York left 10 dead and three wounded earlier this month. In the aftermath, it was found that the shooter purposely targetted an area with the Black population and espoused racist rhetoric such as “great replacement theory”, as per The Hill. The ‘great replacement theory’ claims that there is an intentional effort to replace white Americans with people of colour by encouraging immigration.

READ | US VP Harris, Blinken embark on trip to UAE to pay respects to deceased ruler

As people gathered for Whitefield’s funeral, Harris attended the service at Mount Olive Baptist Church in Buffalo with second gentleman Doug Emhoff. The US VP also told the mourners that it was a moment in time for “all good people” to stand up to the injustice that took place with the victims of the Buffalo supermarket shooting and also at the Robb Elementary School in Uvalde, Texas, and in other mass shootings.

“This is a moment that requires all good people, all God-loving people to stand up and say we will not stand for this. Enough is enough,” said Harris.

United States Vice President Kamala Harris on Tuesday condemned the tragic Texas school shooting which is believed to claim the lives of 18 children and three adults. She asserted that the country must have the courage to take a stand against gun violence and called for an action to prevent such shootings.

Extending condolences to the victims' family, she said: "Our hearts keep getting broken…and our broken hearts are nothing compared to the broken hearts of those families”.

"As a nation, we have to have the courage to take action," Harris said. And to "understand the nexus between what makes for reasonable and sensible public policy to ensure something like this never happens again."

Harris’ remarks came as a Texas senator, who said he was briefed by the law enforcement, confirmed that the death toll of Texas school shooting has mounted to 18 students and 3 others. It is to note that the Tuesday shooting at Uvalde school came just a few days after a hate-motivated shooter killed 10 Black people at a grocery store in Buffalo, New York. The back-to-back mass shootings have reignited the debate around gun control laws in the United States.