Kamala Harris and Michelle Obama are the top two picks for the Democratic presidential nomination if Joe Biden decides not to seek re-election in 2024. 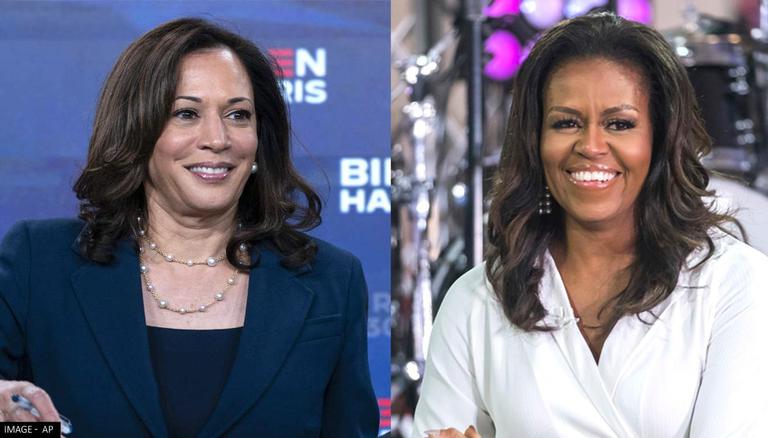 
US Vice President Kamala Harris and former first lady Michelle Obama are the top two picks for the Democratic presidential nomination if President Joe Biden decides not to seek re-election in 2024, according to a new poll. Harris received support from 13% of respondents in the survey, while Michelle Obama came in second with the backing of 10%. Other likely candidates, who received below 10% included Bernie Sanders, Elizabeth Warren, Cory Booker, Michael Bloomberg, Pete Buttigieg and Andrew Yang.

It is pertinent to mention that according to Fox News, the former first lady remains deeply popular within the party. However, she has repeatedly insisted that she has no plans to run for any office. Joe Biden, on the other hand, intends to mount a re-election campaign, which could set up a possible rematch with former President Donald Trump, who hasn’t formally announced a 2024 bid.

Last week, White House press secretary Jen Psaki said that it was Biden’s “intention” to run in the re-election, as the President boarded Air Force One for an early Thanksgiving visit with troops in North Carolina. Separately, a Biden adviser, speaking on condition of anonymity, said that he has told people privately that he plans to run and will be ready for that.

However, Joe Biden’s approval rating has plunged to a fresh low, mainly because of negative views among Democrats and independents. According to a joint poll conducted by the Washington Post-ABC News, Biden’s overall approval rating is at 41%, down from 50% in June and 44% in September. The survey showed that if elections were held today, 46% of adults in America would back the Republican candidate for Congress and 43% would support the Democratic candidate.

Additionally, a separate Quinnipiac University poll revealed that around 46% of US voters want to see the Republicans regain control of both the US House of Representatives and Senate.  It revealed that the respondents gave Biden a negative 36-53% job approval rating, while 10% did not offer an opinion. It also said that Biden received his lowest rating so far on four separate issues - handling of the COVID-19 pandemic, climate change, economy and foreign policy.