McDonald’s employees in US quit over workplace stress. Officials say viral video highly misrepresents the events that unfolded at the outlet. 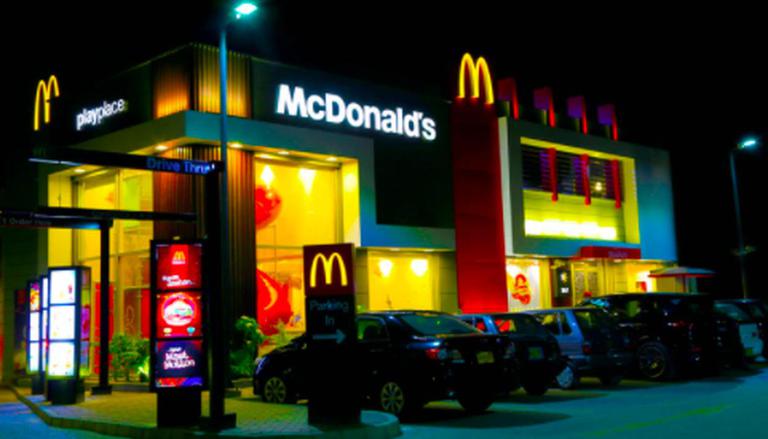 
A video footage featuring McDonald's restaurant’s ‘staged’ mass walk-out was misinterpreted earlier yesterday as its entire workforce quitting due to strenuous work conditions. The series of clips were first posted by @zoey.isback  on video-sharing platform TikTok that spread the hoax that the refusal that the employees were refusing to continue working at America’s one of the largest fast-food outlets. In just two days, the footage amassed more than 10.5 million views, with more and more people discussing workplace challenges that led to the ignition of the mass workers’ movement. The footage was originally filmed at a McDonald’s branch in California.

The video stated that the staff had all walked out in revolt of McDonald’s exploitative policies and long work hours.  "Well that happened today and it was so funny,” user Zoey wrote in the caption. The on-screen caption, meanwhile read: "When everyone quit unexpectedly at the same time.” A separate message on a paper read "Everyone quit we are closed.” The camera in the video pans into the empty restaurant with just one worker standing in the middle. The kitchen slot is also seen empty. Clip’s shots taken outside portray uniformed staff members standing in groups outside, not willing to work. 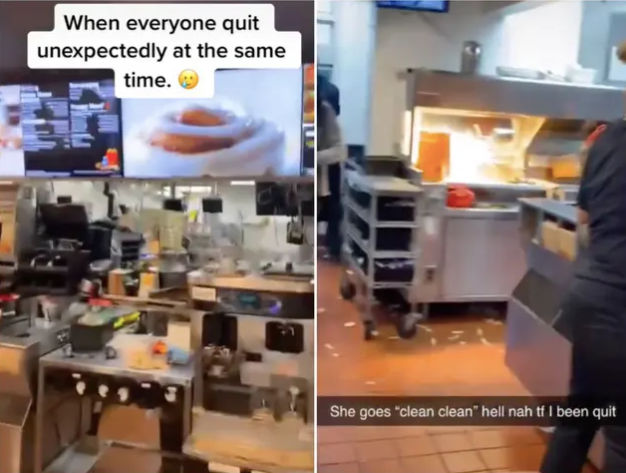 A staff member even wrote a response to the footage saying, “Y'all—we didn't quit from our pay. The store was run by teenagers and it was a terrible workspace. The higher-ups had trouble helping us when needed.” She continued, “It's a bad job to start with but that's where most teenagers start for experience so that's where I put myself.” Moreover, the employee said that she had filed the claims with the higher management but "they never responded and helped when we needed it.”

When inquired as to why the staff had abandoned the outlet with doors open giving access to the outsiders, the worker responded, “We locked them.” In the second footage shot at the branch located at 3781 Avocado Boulevard, La Mesa, California, the employee wrote, "Storytime? Here's a little more I barely recorded that's why. But IDK why y'all are so interested in what happened.”

A spokesperson for McDonald’s, however, denied the claims circulating saying that the footage highly misrepresents the events that unfolded at this McDonald's restaurant. The spokesperson who speaking on condition of anonymity with Newsweek stated that on June 27, two staff members resigned after completing their notice period. However, the recent incident sparked discussions on fair pay leading to mass workers' solidarity.

Earlier, at a different McDonald’s branch, a note similarly went viral that read: “We are closed because I am quitting this job.” The incident had stirred a debate on work pressure as it shocked many that a single employee at McDonald’s was handling an entire outlet. It also led to discussions about staffing shortages.

Seen at our local McDonald's pic.twitter.com/InhWzowlVm

With the pandemic hitting the globe, and mandatory home isolation, businesses closing and opening due to new variants, there has been a sudden spike in job-related stress and workplace anxiety. One in three in the UK on payroll jobs have been forces to re-think their career options due to the job stress enhancers caused by the COVID-19. There was also the concern about income, job security, and depression in personal life from work whilst working from home.

WE RECOMMEND
US, Japan conduct joint military exercise in Senkaku Islands to counter Chinese aggression
Prince Harry returns to US after attending Princess Diana's statue unveiling event
Russia warns US against relocation of military troops in Central Asian states
US forces shoot down armed drone near Embassy in Baghdad
US: Between 800 to 1,500 companies affected by ransomware attack, says IT firm