The United States House and Senate leaders woke up as targets of vandalism over the holiday weekend as their home in Kentucky was painted with graffiti.

The United States House and Senate leaders woke up as targets of vandalism over the holiday weekend as their home in Kentucky was painted with graffiti and in one’s case, there was also a pig’s head involved. This comes after Congress fails to approve an increase in the amount of money for individuals to help cope up with the coronavirus pandemic. “WERES MY MONEY”, “MITCH KILLS THE POOR”, read Senate Majority Leader Mitch McConnell’s door and window respectively, reported Associated Press.

House Speaker Nancy Pelosi’s house was spray painted with graffiti and also, a pig’s head with fake blood was left right outside the house. In a statement that McConnel released, he said, “I’ve spent my career fighting for the First Amendment and defending peaceful protest”.

He added, “I appreciate every Kentuckian who has engaged in the democratic process whether they agree with me or not. This is different. Vandalism and the politics of fear have no place in our society”. Claiming that he and his wife were not intimidated by the vandalism, he said, “We just hope our neighbors in Louisville aren’t too inconvenienced by this radical tantrum”.

The graffiti also included phrases like “$2K,” “Cancel rent!” and “We want everything”, referring to his failed efforts to increase the coronavirus relief checks from $600 to $2000. According to a police statement, the incident took place around 2am on Friday. Special investigations are under process in order to spot the guilty person. 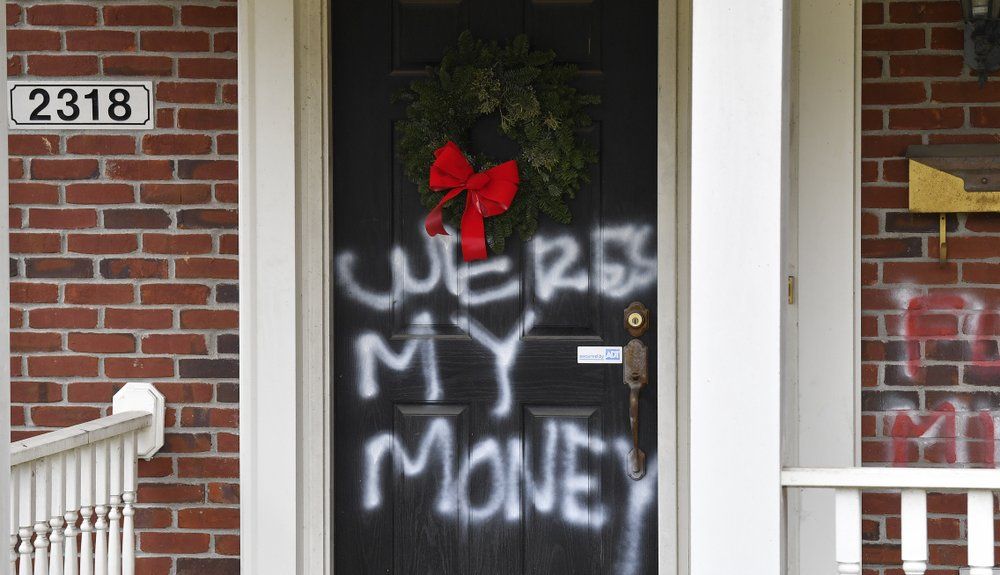 (Graffiti reading, "Where's my money" is seen on a door of the home of Senate Majority Leader Mitch McConnell, R-Ky., in Louisville, Ky., on Saturday, Jan. 2, 2021. As of Saturday morning, messages like “where’s my money” and other expletives were written with spray paint across the front door and bricks of the Kentucky Republican’s Highlands residence. Image Credits: AP) 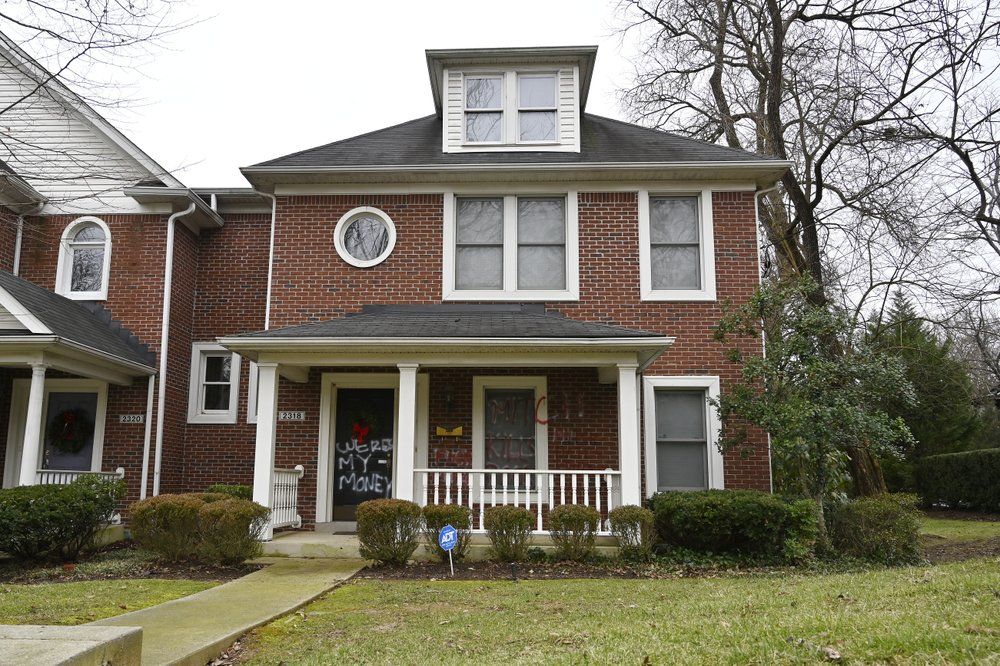 (The home of Senate Majority Leader Mitch McConnell is shown as it was vandalized overnight in Louisville, Ky., Saturday, Jan. 2, 2021. Image Credits: AP)

McConnell on Tuesday blocked the demand to increase the one-off stimulus payments to the American pubic from $600 to $2000, despite some Republicans supporting the move brought in by the Democrats and backed by Donald Trump. The outgoing president has already signed the COVID-19 relief package with $600 as payments on Sunday, but he and the Democrats want bigger cheques for the US citizens. House Speaker Nancy Pelosi called a full floor vote on Monday regarding the increase of stimulus payments, which was passed in the lower house of the US Congress.

Read: Homes Of Senate And House Leaders Vandalized In US

When the Senate Minority Leader Chuck Schumer tried to introduce a bill to increase the direct payments to $2000, McConnell blocked the bill and later introduced another legislation that would not only increase the one-off payments, but also repeal Section 230, a law that prevents social media companies from getting sued for third-party content, and set up a commission to study election integrity. President Trump has also called for these measures to be included in the bill, apart from the increase of payments.