Pfizer CEO Albert Bourla has predicted that there will be a return to normal life "within a year". He added that the new variants will keep coming. 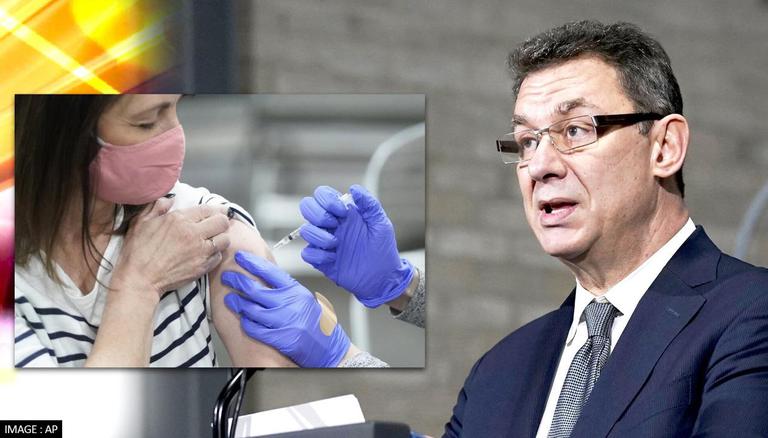 
Pfizer CEO and Chairman Albert Bourla has predicted that there will be a return to normal life 'within a year.' Speaking on ABC’s This Week, Bourla stated that even though he agreed that they would be able to return to normal life within the year, but it does not mean they will not see new variants coming. He stated that he does not think that people will be able to live their lives without taking vaccines, adding that annual vaccinations "will be a norm".

Bourla while speaking on This Week stated that the 'most likely scenario' was that the world would continue to see new variants and that they have vaccines that would last "at least a year". Speaking to George Stephanopoulos, Albert Bourla stated that it is possible to give both booster doses to people and primary doses of vaccine to other people. Bourla added that they were making efforts to vaccinating all the vulnerable people to put an end to the COVID-19 pandemic.

The United States Food and Drug Administration (FDA) has permitted Pfizer vaccine booster shots for Americans above the age of 65 along with some younger adults who have underlying health conditions. The US FDA has also allowed booster shots for people involved in regular jobs. The people falling under these categories are at a higher risk of getting infected with COVID-19. Speaking on the decision of the FDA to give booster shots to vulnerable people, Bourla it a 'good one'.

READ | Over 2.09 lakh people given Covid vaccine in Delhi

Last week, Former CDC Director Dr Tom Frieden criticised Moderna and Pfizer for selling expensive vaccines to wealthier nations. He had stated that Moderna and Pfizer vaccines are not doing enough to reduce the global gap in vaccine supply. When asked about waiving intellectual property to accelerate vaccine distribution, Bourla said that it was not a good decision to wave the intellectual property. He stated that intellectual property created the "thriving life sciences sector that was ready when the pandemic hit". Furthermore, informing about the data submission regarding COVID-19 vaccines for children aged 5 to 11, Pfizer CEO revealed that the company would submit the data in days.

Moderna and Pfizer are producing 347 million vaccine doses per month. At this rate, it would take them nearly three years to produce enough vaccines for everyone. We MUST increase the supply of mRNA vaccines through tech transfer.

While focusing on selling expensive vaccines to rich countries, Moderna and Pfizer are doing next to nothing to close the global gap in vaccine supply. Shameful.