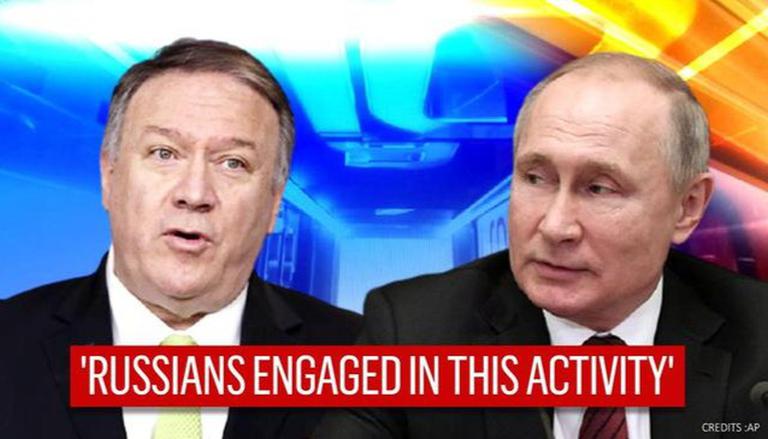 US Secretary of State Mike Pompeo has blamed Russia for the recent cyberattacks on US government agencies and companies via software provided by a private firm SolarWinds Corp. The attacks, which are being described as one of the worst-ever cyberattacks on US soil, were recently identified, but experts say it had been going on for months. Pompeo has said he is "pretty sure" that their is Russian involvement in the attacks.

"I can’t say much more as we’re still unpacking precisely what it is, and I’m sure some of it will remain classified.  But suffice it to say there was a significant effort to use a piece of third-party software to essentially embed code inside of U.S. Government systems and it now appears systems of private companies and companies and governments across the world as well.  This was a very significant effort, and I think it’s the case that now we can say pretty clearly that it was the Russians that engaged in this activity," Pompeo said during an interview with Mark Levin of The Mark Levin Show.

Pompeo also slammed Russian President Vladimir Putin, saying he remains a real risk to the free world, especially the United States. Pompeo took the opportunity to hit out at China as he called the Communist State a challenge that truly presents an existential threat to the prosperity and sovereignty of the US.

According to reports, as many as 12 federal agencies of the United States, including the Department of Defence and national nuclear weapons agency were targetted through hacks via software provided by a tech company SolarWinds Corp. The attacks came to the notice of intelligence officials after being discovered by a cybersecurity company called FireEye. Reports suggest that the attacks may have been going on since March when the COVID-19 outbreak was at its peak in the United States.

The hackers managed to insert malware into software updates that were reportedly being sent to the US government as well as its partners in the private sectors through SolarWinds. The company said that it believes as many as 18,000 systems have been compromised across the US. In a joint statement, FBI, CISA, and ODNI said on December 16  that they are putting together a unified response to the breaches while understanding its effect on the networks within the agencies.

Read: Cyberattack On US Federal Agencies: How It Came To Light? When Was Security Compromised?