Recently, Colorado-based photographer Rachel Perman, applied Pixar’s famous film Up’s theme, for a real-life couple, to surprise their grandson on his birthday. Almost every Pixar fan connects with the film Up on an emotional level, and realize how it can be related to themes like life, grief, and never losing touch with your inner child. 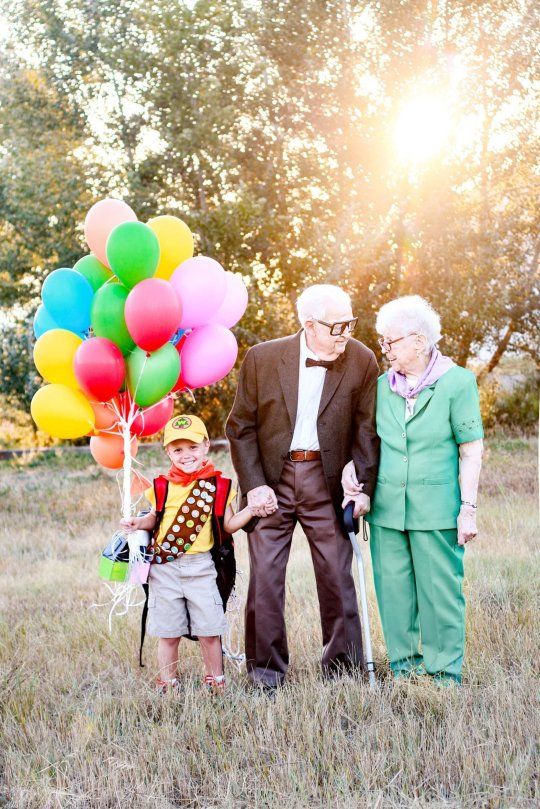 The mother and photographer promised five-year-old Elijah, and his twin sister, Emilee, that they could do special photoshoots on the theme for their birthday. While Emilee decided to have a magical princess and unicorn shoot for her birthday, Elijah decided to go with an Up theme for his. Both Perman and the mother were so excited that she made it an even bigger family affair, with Elijah cosplaying Russell, enlisting Elijah’s great-grandparents Richard and Caroline Bain to cosplay characters Carl and Ellie respectively. 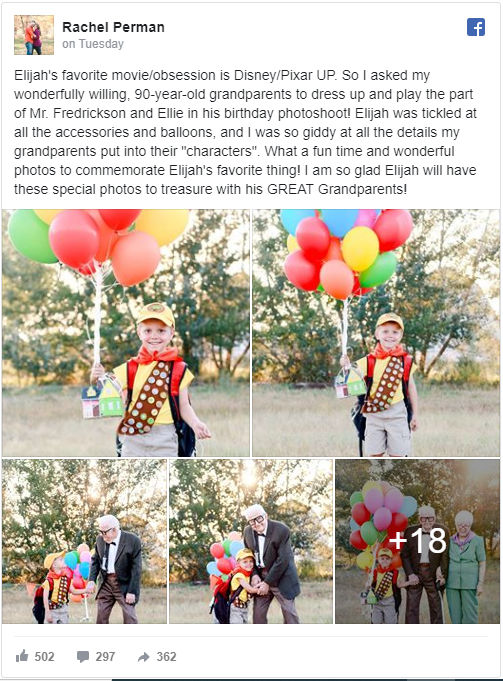 The results of the photoshoot were surprising, the pictures went viral all over the internet within a few minutes of release. Perman said, “I decided this year that I was going to do fun thematic photo sessions with each of my kids for their birthdays! The twins were up first! Up themed session for Elijah with his 90-yr-old great grandparents as Carl and Ellie, and a unicorn/princess session for my daughter Emilee! The magic is real with these!”

Read: Pictures: Sameera Reddy Shares Breathtaking Underwater Pregnancy Photoshoot, Says, 'I Wanted To Celebrate The Beauty Of The Bump In My 9th Month'

Perman said that although both the Grandparents had never seen the film ‘Up’, they acted like the characters very responsibly. “They were thrilled to participate and loved that I asked them. Grandpa even went to the thrift store to get the jacket and hose. He said, ‘I noticed in a photo Carl had a hose over his shoulder,'” Perman explained in a Facebook post.

Perman also informed that she was also celebrating a milestone of her own, having been diagnosed five years ago with thyroid cancer.

Read: Janhvi Kapoor's Scintillating Photoshoot Has The Internet Talking, Here's What It's About

Read: IN PICTURES: This Spooky Wedding Photoshoot Is Sure To Give You Goosebumps