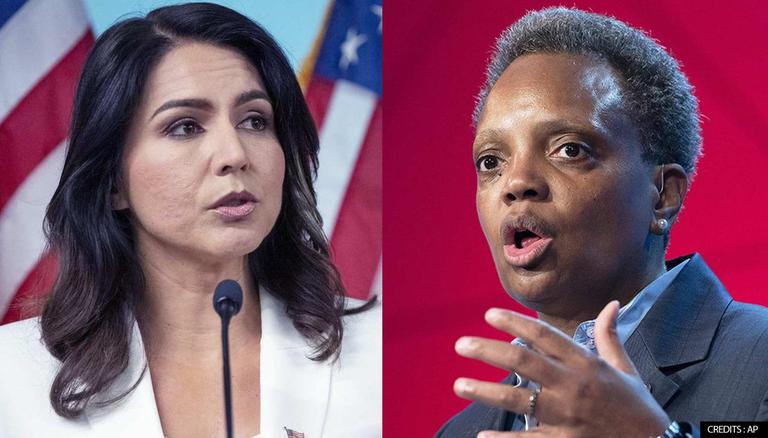 
Former United States Representative Tulsi Gabbard on May 21 accused Chicago Mayor Lori Lightfoot of “anti-white racism” and called for her resignation. Taking to Twitter on Friday, Gabbard joined the backlash against Lightfoot after she sent a letter to local Chicago media on Wednesday saying that she would have interviewed only with journalists of colour. Chicago Mayor made the move as the city marked her second-year anniversary as the first Black and openly lesbian mayor. However, most of the criticism against Lightfoot was directed by right-wing critics.

Gabbard, a Hawaii Democrat slammed the mayor’s decision. The former US Representative also faced failure in securing her party’s presidential nomination in 2020. According to her, Lightfoot’s ‘racism’ is “abhorrent” and hence, US President Joe Biden and vice president Kamala Harris along with other leaders should join her call for Chicago Mayor’s resignation. Gabbard’s post quickly went viral on the internet along with the term, ‘anti-white racism.’

Mayor Lightfoot's blatant anti-white racism is abhorrent. I call upon President Biden, Kamala Harris, and other leaders of our county—of all races—to join me in calling for Mayor Lightfoot's resignation. Our leaders must condemn all racism, including anti-white.

Lightfoot wrote the letter on May 19 arguing that the media in Chicago is overwhelmingly led and even managed by white people. The mayor said that as a woman of colour and a member of the LGBTQ+ community, she hoped the news media outlets would be more inclusive and reflective of the diverse city.

"I have been struck since my first day on the campaign trail back in 2018 by the overwhelming whiteness and maleness of Chicago media outlets, editorial boards, the political press corps, and yes, the City Hall press corps specifically," Lightfoot wrote.

Lightfoot also called on newsrooms across the city to hire more people of colour, LGBTQ+ and emphasised that they should specifically bring more women of colour. However, this decision of hers drove critics against Lightfoot to compare her to a “Nazi” as did Fox News host Tucker Carlson. He said of Lightfoot, “she knows who to hate, just by looking at them.”

"As a person of colour, I have throughout my adult life done everything I can to fight for diversity and inclusion in every institution that I have been part of and being Mayor makes me uniquely situated to shine a spotlight on this most important issue," the mayor wrote.