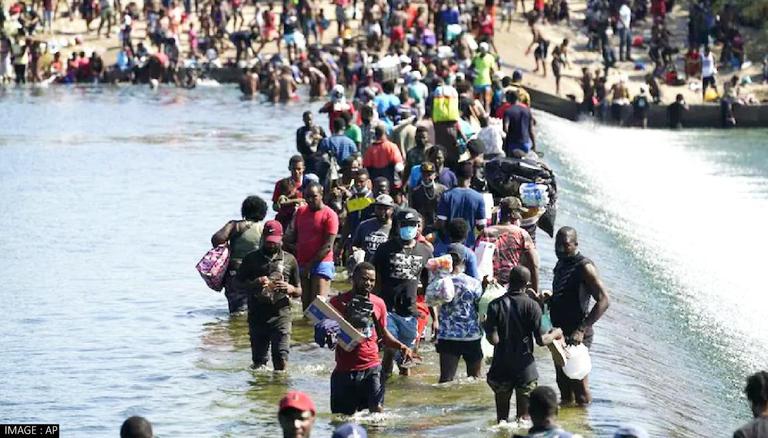 
On Friday, the last surviving immigrants, mainly Haitians, left a makeshift shelter beneath a bridge in Del Rio which is a border city of the United States, Texas. As per Xinhua, on Friday noon, a CNN team obtained photos of the final two buses filled with the immigrants as they left for United States Customs and Border Protection processing stations. Earlier this month, there were over 15,000 immigrants staying underneath the bridge.

Texas officials blocked off the border at Del Rio earlier this week by building a "wall of vehicles" that stretched for several miles along the side of the Rio Grande riverbank dividing the Texas town from Ciudad Acuna, Mexico. Texas Republican Governor Greg Abbott said that the state is investing nearly $3 billion on border protection and that state law enforcement will attempt to progress to limit the extraordinary number of individuals seeking to enter the border.

The El Paso Times reported on Thursday that Mexican State Police were also stationed by the side of the Rio Grande's south bank, with cars parked along a route that stretches beside the river bank. The White House has been chastised by both Republicans and Democrats over the problem in the border area. Republicans criticised President Joe Biden's government for its "lack of action" in addressing the migrant problem, while Democrats slammed the government's mass deportation of Haitian immigrants.

Several videos and pictures posted earlier this week showed that the US border patrol officials on horse patrol in Del Rio allegedly used whips on migrants, inciting a public outcry over the "inhumane" behaviour. According to Xinhua, Biden described the photos as "un-American" and a humiliation to the US government, promising to hold those involved accountable.

Following the incident, the Department of Homeland Security (DHS) is presently investigating border agents' handling of migrants, which is scheduled to be completed next week. The use of horse patrol in Del Rio has already been temporarily halted, according to DHS authorities. The United States' special envoy to Haiti, Daniel Foote resigned on Thursday over the Biden government's decision on the deportation of thousands of Haitians trying to enter the country.

Many Haitian immigrants are being deported under Title 42, which has been utilised by the Trump government to deport immigrants without enabling them to seek asylum during the COVID-19 outbreak. According to a report by The Hill, the White House has justified its present approach and stated that the administration is striving to establish an orderly and compassionate procedure for the southern border. Border arrests between the United States and Mexico have allegedly remained at their top-level over 20 years, with over 208,000 recorded in August alone.

WE RECOMMEND
Joe Biden launches 'Quad Fellowship' for students to pursue STEM studies in US
'US not seeking a new Cold War', avers Joe Biden at UNGA amid strained ties with China
US Democrats slam Biden administration over treatment of Haitian migrants in Texas
US: Biden administration to reopen detention camp at Guantanamo Bay for asylum seekers
WATCH: PM Modi and US President Joe Biden share warm embrace as India-US renew ties