The US has no basing agreements with any of the countries neighbouring Afghanistan, despite that, it can conduct missions, said General Kenneth McKenzie. 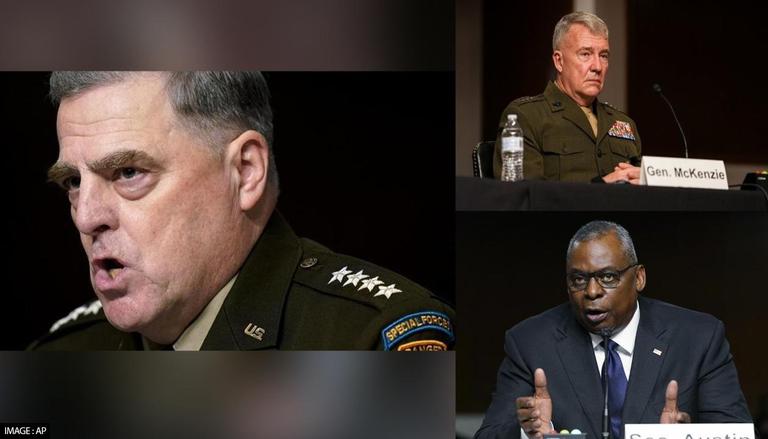 
While speaking at the first congressional testimony on the tumultuous withdrawal of US troops from Afghanistan on Wednesday, Central Command (CENTCOM) chief Kenneth McKenzie, has shown full confidence in handling any operation against the Taliban, despite not having any base and soldiers on the ground. Further, McKenzie told US Central Command that American has not maintained any agreement with the neighbouring countries, still Washington can conduct missions using its distant bases in the region. Also, he added the United States is not dependent on any neighbouring countries.

"As of today, I have the ability to enter Afghanistan and to fly missions. It's a long haul but I have the ability to do that today," General Kenneth McKenzie told the US House Armed Services Committee. "Obviously, it's a neighbouring country that's allowing us access [to Afghanistan], but we're not based in any neighbouring country." It is worth mentioning that the top defence official was briefing the US House Armed Services Committee after a series of incidents unfolded after the Taliban captured the national capital, Kabul, on 15 August, including a bomb attack. Since the Taliban's conquest, lakhs of desperate Afghan nationals have fled the war-torn country and taken asylum in different countries. Lakhs of people are still waiting for their turn to reach other countries.

Despite not having US troops on the ground, Washinton track Taliban: Milley

Earlier on Tuesday, the chairman of the US Joint Chiefs of Staff, General Mark Milley termed the recent development a "strategic failure" for both the US government and Army. the top US military officer said the government should have kept thousands of US soldiers in Afghanistan in order to keep track of the real-time movement of the Talibani group. Milley, however, refused to answer a question on what advice he had given US President Joe Biden regarding the withdrawal of all troops from the war-torn country. When asked about his personal opinion about keeping the American soldiers in Afghanistan, the chairman of the Joint Chiefs of Staff said at least 2,500 soldiers were needed to safeguard the country from the extremist group.  "Lessons need to be learned, including whether the US military made the Afghans overly dependent on American technology in a mistaken effort to make the Afghan army look like the American army," added Milley. However. when asked about keeping real-time track of Taliban in Afghanistan, the chairman of the Joint Chiefs of Staff asserted that the task sounded "a little bit difficult but could be possible without having troops on the ground"