US: Huge Wildfire Engulfs Over 6800 Hectares In California; 1,663 Firefighters In Action

Authorities announced on Friday that over 1,600 firefighters are battling a new fast-moving wildfire in northern California that has spread to over 6,800 acres. 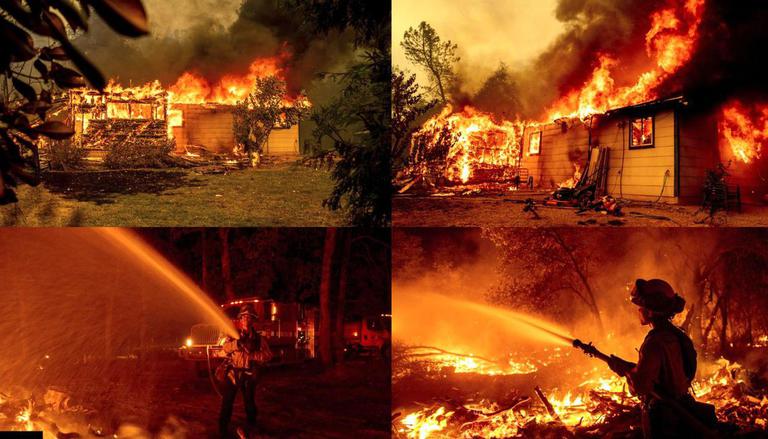 
Authorities announced Friday that over 1,600 firefighters are battling a new fast-moving wildfire in northern California that has spread to over 6,800 acres. During a virtual meeting Friday night, Captain Chris Harvey of the Sacramento Fire Department, who was serving as a public information officer for the California Department of Forestry and Fire Protection (Cal Fire) on the incident, said that 1,663 firefighters have been assigned to battle the wildfire dubbed Fawn Fire.

The wildfire, which started 19 kilometres north of Redding city Wednesday evening and prompted repeated mandatory evacuation orders, has damaged at least 25 structures. According to Harvey, the wildfire is still threatening 9,000 structures and is barely 10% contained. 169 engines, 45 dozers, and 29 water tenders were also dispatched to assist in the fight against the blaze, according to Harvey.

Local residents have been advised to evacuate

Local residents have been advised to evacuate if the fire activity intensifies. Over 4,000 people have been forced to flee Shasta County in northern California due to the wildfire. Several large wildfires are now raging in the western United States. The Dixie Fire, which began on July 13 in northern California and is now the country's largest wildfire, has burned 963,276 acres and is 94% contained. Another massive wildfire in central California's Sequoia and Kings Canyon National Park has devoured more than 40,000 acres and is yet to be contained.

The greatest smoke would remain in the upper stratosphere

Air regulators on the South Coast issued a smoke notice but stated that the greatest smoke would remain in the upper stratosphere, with surface air quality impacts occurring in isolated mountain ranges. Wildfires are becoming more difficult to put out as a result of a historic drought linked to climate change.

In California alone, millions of trees have been killed by wildfires. Climate change has made the West significantly warmer and drier in the last 30 years, according to scientists, and the weather will continue to be more intense, with wildfires more frequent and catastrophic.

READ | Many people moved to safety due to Spain wildfire