US In Talks To Use Russian Bases For Afghan Counterterrorism Operations: Report

US is in talks with countries that border Afghanistan about housing “over the horizon” counterterrorism operations that would allow easy strike targets. 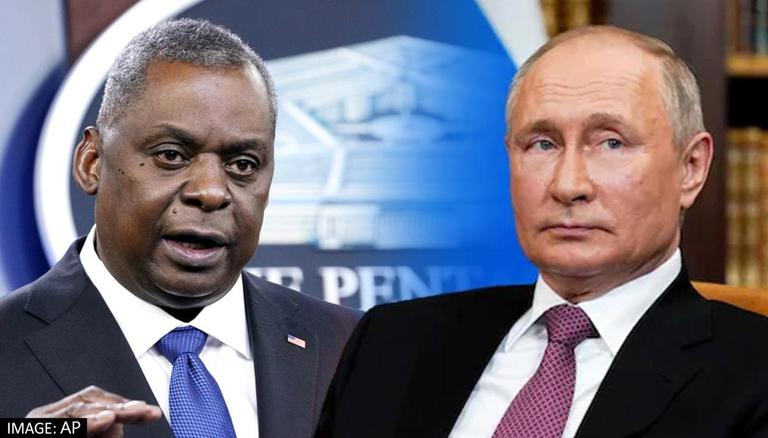 
During a closed-door briefing with Senators, top Pentagon officials on Wednesday, 29 September, said that the United States is in talks with countries that border Afghanistan about housing “over the horizon” counterterrorism operations that would allow the US military to more easily surveil and strike targets in the Taliban-controlled nation. According to a Politico report, the sites mentioned by the US officials include bases run by Russia. US Defense Secretary Lloyd Austin and Joint Chiefs of Staff Chairman Mark Milley revealed the latest discussions, which are taking place with the governments of Tajikistan, Uzbekistan, Kyrgyzstan and others.

According to the report, Kenneth McKenzie, US CENTCOM Commander detailed the types of military aircraft and launching points that could be used to launch strikes against the targets in the war-ravaged nation. Milley, on the other hand, described to Senators the nature of his conversations with his Russian counterpart, Valery Gerasimov, with whom he had discussed an apparent offer from Russian President Vladimir Putin to use his military’s bases in Central Asia to respond to any terrorist threats in Afghanistan.

Al-Qaeda could reconstitute in Afghan

Meanwhile, it is worth noting that the disclosure to lawmakers came just hours after Lloyd Austin acknowledged that the US has asked Russia for “clarification” about the offer from Putin to host the US counterterrorism operations on Russian military bases. It also comes after several officials publicly sounded alarmed about Afghanistan once again becoming a haven for terror groups seeking to attack the US. Earlier this week, during a hearing before the House Armed Services Committee, Milley even said that al Qaeda could reconstitute in Afghanistan in six to 36 months.

At the hearing, Milley said that “right this minute” the terrorist threat from Afghanistan is smaller than it was on 9/11, but that “the conditions could be set for a reconstitution of Al-Qaeda and/or ISIS”. His stance was further buttressed by Austin, who emphasised that now terrorist organisations seek “ungoverned spaces” so that they can “train and equip and thrive” so, “there is clearly a possibility that that can happen here, going forward.”

Notably, State Secretary Antony Blinken has previously warned that the Pentagon was capable of conducting aerial strikes in Afghanistan sans having a military base there. In his first press briefing following the pullout, US President Joe Biden had also reckoned that the main purpose of the US military in the central Asian state was to stop terror attacks on American soil.

WE RECOMMEND
US Senators table bill on counter-terrorism in Afghanistan; hint at sanctions on Pakistan
Kabul women’s protest quickly dispersed by Taliban
Taliban writes to DGCA, requests to resume commercial flights to Afghanistan
US House Armed Services Committee confirms no payments made to Taliban during evacuation
US historian slams Pakistan, says 'Islamabad should be moved to FATF black list'