US In Touch With Taliban But Has 'no Illusions' About Group's Intention: NSA Sullivan

National Security Adviser Jake Sullivan said that US President Joe Biden does not trust the Taliban and is not considering speaking with the group's leadership. 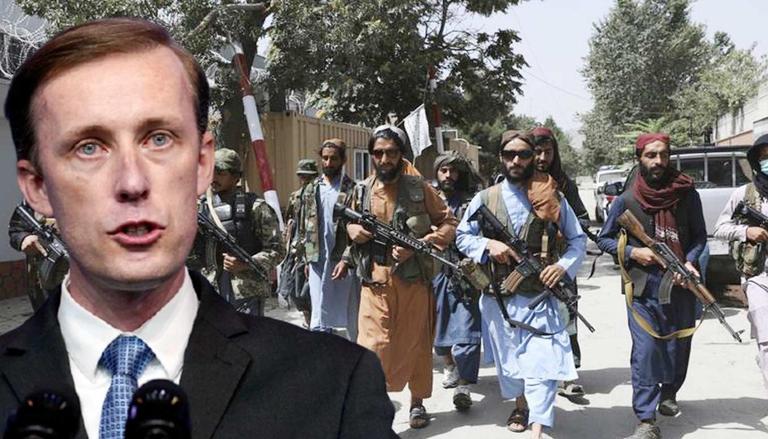 
Amid continued tension regarding the withdrawal of military troops from Afghanistan, US National Security Adviser (NSA) Jake Sullivan on Monday said President Joe Biden is not considering speaking with the Taliban. NSA Sullivan said that the President will hold no meeting with the group’s leadership and added that the US has "no illusion" about the terrorist group. However, he also informed that the US is in constant contact with the Taliban. The comments came hours after the Taliban issued a warning to the US regarding the deadline for withdrawal from Afghanistan.

US confident of completing evacuation by August 31

The Taliban warned the US of ‘consequences’ after President Joe Biden hinted at an extension on the deadline for withdrawal of US troops from Afghanistan. The terrorist organisation via their spokesperson stated that a delay was not acceptable and issued a serious ‘red line’ warning to the US regarding the deadline. Meanwhile, some US leaders also urged President Biden to extend the deadline for withdrawal to safely complete the evacuation of US citizens and Afghan allies from the war-torn country.

Following this, NSA Sullivan has now cleared that there will be no negotiation in the matter. "With respect to whether President Biden is likely to speak to the leadership of the Taliban, that is not in contemplation at this time," NSA Sullivan said during a White House press briefing on Monday. "I don’t trust anybody," he had when asked about his belief in the words of the Taliban.

READ | As Taliban warns US to remove all forces, UK wants Biden to extend deadline beyond Aug 31

Further stressing on the deadline given for withdrawal from the region, NSA Sullivan said that the Biden Administration believes to evacuate every American out of the country by August 31. He further added that the US will continue efforts to evacuate at-risk Afghans out of the country even after US troops leave the country. Meanwhile, commenting on President Biden’s take on the Taliban, Sullivan said that the President does not trust them and the administration have no illusion about the terrorist group.

"Of course, he does not (trust Taliban), none of us do. Because we have seen the horrific images from the last time they were in power; because of the way in which they have conducted this war; because we have seen that the fact they are responsible for the death of American men and women for two decades of war,” NSA Sullivan said. "We have no illusion about the Taliban. From our perspective, we need to focus on the task at hand. We need to get thousands and thousands of people out of this country (Afghanistan)," he added.