US Penalises 34 Firms With Links To China's Uyghur Policy, Iran And Russia

US administration sanctioned at least 34 companies, including China, Russia and Iran for their involvement in activities contrary to the US foreign policy. 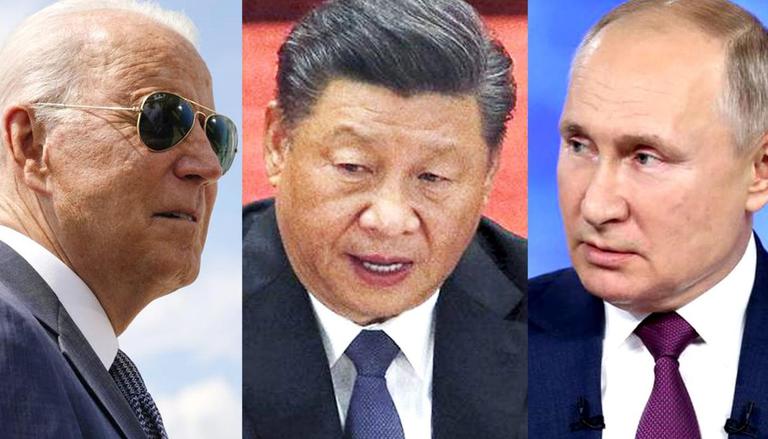 
In a major crackdown over using the United States originated produce against Uyghur civilians and providing the supply of modern technology to Russia and Iran, President Joe Biden led-US administration sanctioned at least 34 Chinese companies, said Commerce Department on Friday. According to the statement released by the US Commerce Department, all those companies who were sanctioned are involved in activities contrary to the US foreign policy and national security.

The Department further said that fourteen companies that have their headquarters in China were involved in suppressing the Uyghurs and other ethnic minorities in the northwest Xinjiang region. It noted that these Chinese firms played a major role in continuing the Beijing "genocide and crimes against humanity." The statement also claimed that at least five companies that were barred from establishing any business with the US organisations, were involved in acquiring lasers and other technology to modernise the Chinese military.

The statement also added that seven were blacklisted for their involvement with the Russian military while eight organisations were sanctioned for consigning US technology to Iran. The Chinese government since 2017 has detained a million or more people in the northwest province of Xinjiang. Critics accuse China of operating forced labour camps and carrying out torture and forced sterilization there as it allegedly seeks to assimilate Muslim ethnic minority groups.

READ | US military's mission in Afghanistan to end on August 31, announces Joe Biden

Today, President Biden spoke with President Putin about the ongoing ransomware attacks by criminals based in Russia. President Biden reiterated that the U.S. will take any necessary action to defend its people and its infrastructure in the face of this continuing challenge. pic.twitter.com/J3wlCCdn3a

Earlier on Friday, President Biden, in a conversation with Putin in a phone call said that he must take action against cybercriminals acting in his country and that the US reserves the right to defend its people and its critical infrastructure from future attacks. In his call with Putin, besides reiterating the need for Russia to take action and that the U.S. stands ready to act in response, Biden also “emphasized that he is committed to continued engagement on the broader threat posed by ransomware,” the White House said.

“I made it very clear to him that the United States expects when a ransomware operation is coming from his soil even though it’s not sponsored by the state, we expect them to act if we give them enough information to act on who that is,” Biden said.

WE RECOMMEND
US set to blacklist more than 10 Chinese companies over forced labour charges in Xinjiang
China bans construction of buildings taller than 1,640 feet after concerns over quality
China slaps sanctions on Australian businesses amid souring ties with Canberra
China bring backs 210 nationals from Afghanistan as US withdraws troops
Wild giant pandas no longer 'endangered' in China as number rises to 1800