Amid US troops' withdrawal from Afghanistan, US President Joe Biden on Monday, furnished $500 million for refugee and migration assistance in Afghanistan. 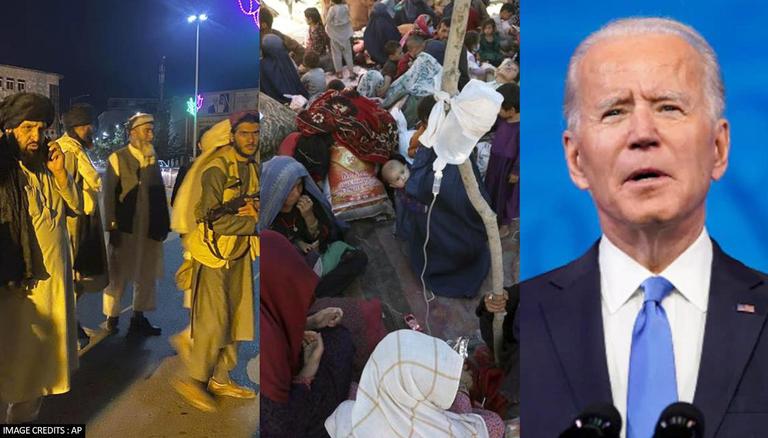 
Amid US troops' withdrawal from Afghanistan, US President Joe Biden on Monday, furnished $500 million for refugee and migration assistance in Afghanistan. Issuing a statement, the White House stated that it was 'important to the national interest to meet the unexpected urgent refugee needs in Afghanistan'. The assistance will be provided via contributions to international organisations, NGOs, US govt depts and agencies. The proposal has now been submitted to US Congress for approval.

US pledges $500 million for refugees assistance from Afghanistan

"It is important to the national interest to furnish assistance under the MRAA in an amount not to exceed $500 million from the United States Emergency Refugee and Migration Assistance Fund for the purpose of meeting unexpected urgent refugee and migration needs of refugees, victims of conflict, and other persons at risk as a result of the situation in Afghanistan, including applicants for Special Immigrant Visas," read the White House Statement.

It added, "Such assistance may be provided on a bilateral or multilateral basis as appropriate, including through contributions to international organizations and through funding to other nongovernmental organizations, governments, and United States departments and agencies. You are authorized and directed to submit this determination to the Congress, along with the accompanying Justification, and to publish this determination in the Federal Register".

Addressing the world on US' hasty withdrawal from Afghanistan, Biden on Monday, said that while the decision to withdraw was hard, it was the right one for America. Stating that the US could not anticipate the rapid fall of the government, he said there is 'never a good time to withdraw US forces from Afghanistan. Blaming the Afghan troops, he stated that the US spent trillions of dollars in equipping them but they did not fight for their country.

READ | With Kabul on the boil, Antony Blinken dials Jaishankar; EAM to raise concerns at UN

'I am President of the US and the buck stops with me. I am saddened by the facts the world now faces, but that the decision was the correct one for America. Our mission in Afghanistan was never supposed to have been nation-building. Our only interest was preventing any attacks on our homeland," said Biden.

Blaming Afghanistan, he added, "Afghanistan's President fled the country. There is no chance that we send the US for one year or five years or 12 more years. Americans cannot and should not deserve to die." While admitting that the images of Afghanistan now are 'gut-wrenching' Biden said, "I am clear of my answer. I am not going to conflict with the interests of the US."  The Taliban took over Kabul on Sunday after major cities like Kandahar, Herat,  Mazar-e-Sharif, Jalalabad and Lashkar Gah fell without resistance as US troops retreat after 20 years from war-torn Afghanistan.

WE RECOMMEND
US Military Commander meets face-to-face with Taliban, urges not to hinder evacuation
China recognises Taliban's Islamic govt in Afghanistan: 'We respect people's decision'
What does the Taliban want in Afghanistan? Who are the main leaders? Read here
What is the Taliban? How did Taliban emerge? What was Afghanistan before 9/11, 2001?
Sikhs in Afghanistan take shelter in Kabul Gurudwara; Taliban assures them safety