US Prez Biden To Announce Group With UK, Australia To Boost Defence Against China: Reports 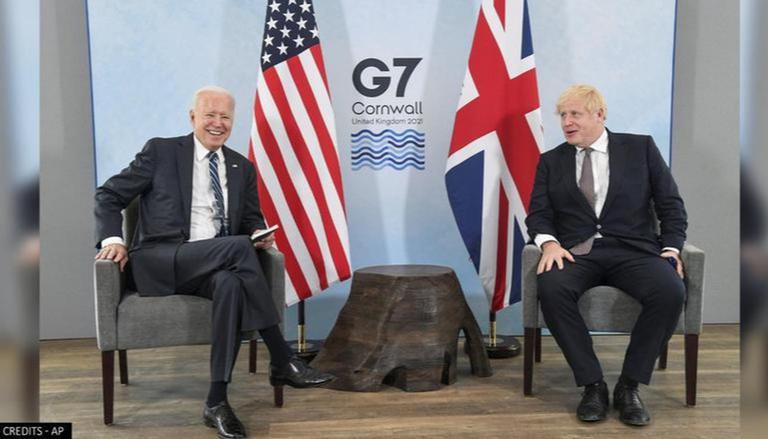 
United States President Joe Biden is working to encourage technologies and information sharing with countries like Britain and Australia, a White House official and a congressional staffer told POLITICO. According to the report, Biden will soon make an announcement regarding a new working group called AUUKUS. The trio will share information in key technological areas like artificial intelligence, cyber, underwater systems and long-range strike capabilities.

The report also claimed the United States and the United Kingdom would share vital information about the nuclear elements in order to maintain nuclear-defence infrastructure between both countries. According to POLITICO, the group would act as a "major setback" for the rising influence of China among Asian countries.

"This is another move by Western allies to push back on China’s rise in the military and technology arenas," noted the report.
Ashley Townsend, director of foreign policy and defence programming at the United States Center in Sydney told the media outlet that the United States has always shown its willingness to tie up with Canberra to share significant information on advancement weapons that Australia has.  "It proposes a new and more imperative approach to working collectively with allies on Indo-Pacific defence priorities, news outlet POLITICO quoted him as saying.

It is worth mentioning that the US and UK have long partnered on their nuclear-powered submarine programs and adding Australia into the group would further boost the ability of the three countries to operate together undersea across the Pacific. If the trio would pact any deal, this would add a powerful allied punch in the region that is currently lacking. According to news agency ANI, UK PM Boris Johnson is expected to meet US President Joe Biden during the United Nations General Assembly (UNGA) at the end of this month.

A senior Downing Street official told The Times that the two leaders were expected to meet at the White House, however, this has not been “100% confirmed”. However, experts said that the duo would discuss the defence deal during the UNGA meet. It is worth noting that the 76th UNGA has started on 14 September and the high-level week will take place from 21 to 27 September.