US Prez Joe Biden Angered By Question On Compensations To Migrants; '$450,000 Per Person?'

US President Joe Biden responded angrily to a reporter’s question about his administration’s alleged plans to pay huge monetary compensation to the migrants. 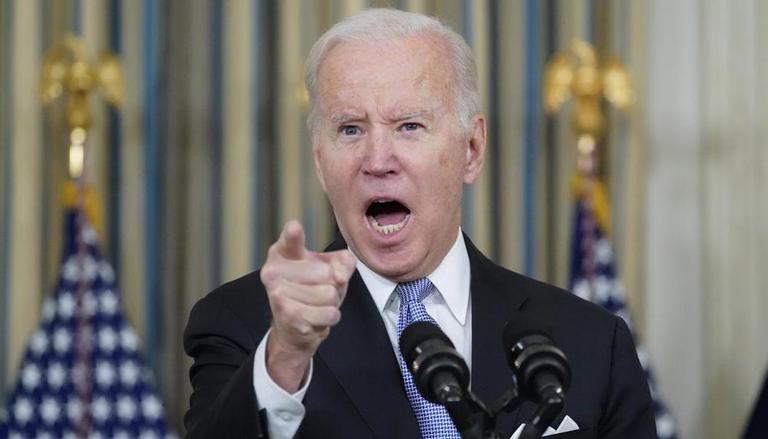 
United States President Joe Biden was angered by a reporter’s question about his administration’s alleged plans to pay huge monetary compensation to the migrants separated at the border under his predecessor Donald Trump. In a furious rebuke, Biden said that his issue was with the dollar amount and not the reporting itself. While speaking at a press conference in Washington on Sunday, 6 November, discussing the passing of the $1.2 trillion infrastructure bill, Biden said, “Let’s get it straight, you said everybody coming across the border gets $450,000. The number is what I was referring to.”

In an agitated manner, US President further added, “Now here’s the thing. If in fact because of the outrageous behaviour of the last administration, you, coming across the border, whether it was legal or illegal, and you lost your child, it’s gone! - You deserve some kind of compensation no matter what the circumstances,” as he pointed his index finger at the cameras.

Furthermore, while referring to the potential size of the settlements, Biden said, “What that will be I have no idea, I have no idea.” Additionally, Biden even ignored a follow-up question about the US Department of Justice negotiating the size of the compensation which was previously indicated by the White House.

As per Sputnik report, on Thursday, a White House spokesperson told the reporters that the monetary payouts to migrant families separated at the border under Donald Trump’s administration would “save taxpayer dollars” and put “the disastrous history of the previous administration’s use of ‘zero tolerance’ and family separation behind us.”

According to the spokesperson, cited by the media outlet, Biden would be “perfectly comfortable” with the Department of Justice settling with families and individuals litigating with the US federal government.

Earlier, on Wednesday, Biden told Fox News that the reporting about the  $450,000 per person in compensation to illegal immigrants separated at the border was “garbage” that was not going to happen. When asked if the report could result in even more migrants attempting to make a perilous journey to the US through the southern frontier, US President had said, “If you guys keep sending that garbage out, yeah, but it’s not true.” Biden stressed, “$450,000 per person, is that what you’re saying? That’s not gonna happen.”