US Slams Iran, Accuses It Of Trying To Deflect Blame For Delay In Nuclear Talks

The US on July 17 lashed out at Iran for accusing it of delaying a proposed prisoner swap to force a quick resumption of indirect nuclear talks. 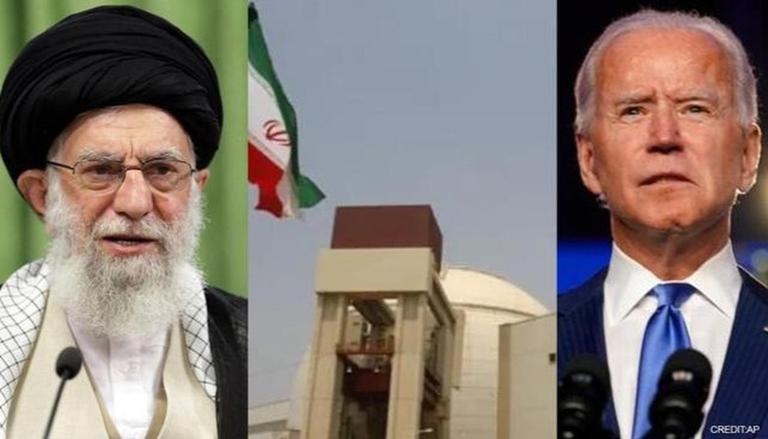 
The United States on July 17 lashed out at Iran for accusing it of delaying a proposed prisoner swap to force a quick resumption of indirect nuclear talks. The US State Department slammed “outrageous” comments made by Iran’s deputy foreign minister who alleged that the US and the UK were holding the swap hostage to the negotiations over salvaging the 2015 Iran nuclear deal, known as the Joint Comprehensive Plan of Action (JCPOA). In a series of tweets, Seyed Abbas Araghchi said that the nuclear talks in Vienna could not resume until Iran's hardline president-elect is inaugurated in early August.

“We're in a transition period as a democratic transfer of power is underway in our capital. #Vienna_talks must thus obviously await our new administration. This is what every democracy demands,” Araghchi said.

US & UK need to understand this and stop linking a humanitarian exchange—ready to be implemented—with the JCPOA.

Keeping such an exchange hostage to political aims achieves neither.

TEN PRISONERS on all sides may be released TOMORROW if US&UK fulfill their part of deal. 2/2

While responding to Araghchi’s comments, US State Department spokesman Ned Price then categorically rejected the claim, denied there was already an agreement on a swap, and said the US was prepared to continue talks on prisoners even while waiting for the resumption of the nuclear negotiations. According to AP, Price said that these comments are an “outrageous effort” to deflect blame for the current impasse on a potential mutual return to compliance with the JCPOA. He added the US stands ready to return to Vienna to complete work on a mutual return to the JCPOA once Iran has made the necessary decisions.

READ | 'Iran could enrich Uranium up to 90% purity if needed', Rouhani says before regime change

Further, the US official called Aragchi's reference to the possible imminent release of 10 prisoners on all sides just another cruel effort to raise the hopes of their families. “If Iran were truly interested in making a humanitarian gesture, it would simply release the detainees immediately," he said. Price did not address Aragchi's claim that Iran is in the midst of a democratic transfer of power but he did decry his reference to the US and Britain holding the prisoner exchange hostage.

He said, “It is the Iranian government that has been unjustly detaining four innocent Americans for years”.

The US official went on to say that indirect talks on the detainees had been progressing in the context of the Vienna nuclear negotiations and the delay in restarting that process is not helping. However, he added that while the US believed the prisoner talks would be more effective in that context, he added that we are also prepared to continue with talks on detainees during the current hiatus. It is worth noting that the Biden administration has been trying to reverse former US President Donald Trump’s 2018 withdrawal from the nuclear deal and has offered sanctions relief in exchange for Iran returning to full compliance with its obligations.

WE RECOMMEND
US would still have polio if misinformation 'being spread now' existed decades ago: Fauci
US warns firms about risks of doing business in Hong Kong amid China's new security law
US, Central Asian foreign leaders attend C5+1 summit in Uzbekistan
US: Fresh case of monkeypox reported in Texas, patient hospitalized