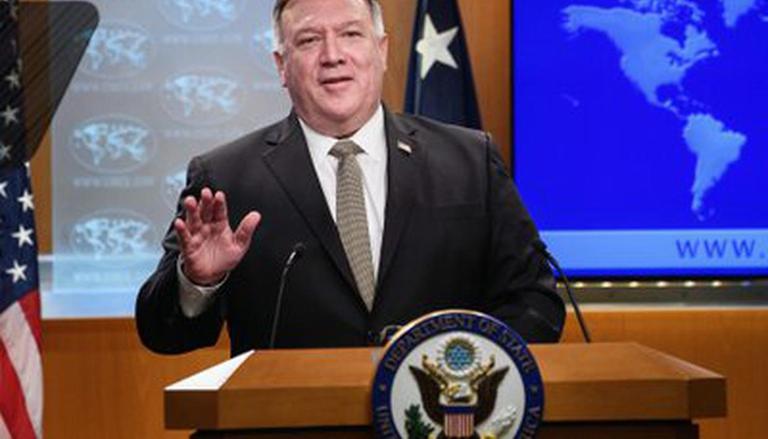 The United States announced imposing sanctions on six Chinese companies for their dealings with the Islamic Republic of Iran Shipping Lines (IRISL) on Monday, October 19. As per ANI reports, IRISL was being used as a front to transport “proliferation-sensitive items intended for Iran's ballistic missile and military programs”. In addition to the six companies, two individuals were also sanctioned by US authorities.

Sanctioned for doing business with Iran

As per reports, the sanctions were announced by US Secretary of State Mike Pompeo who stated that the companies were sanctioned based on the Iran Freedom and Counter-Proliferation Act Section 1244 (IFCA 1244).

The US Secretary of State stated that all the shipping companies mentioned in the sanctions had tried to help Iranian shipping entities evade the consequences of US sanctions. He added that Reach Holding Group (Shanghai) Company Ltd. had been lying to Chinese Companies about the nature of the work that IRISL and its subsidiaries were involved in. The company is also accused of falsifying documents along with other nefarious activities in order to hide their actions.

Relations between the US and Iran have been tense ever since the Trump administration pulled out of the Obama-ear Iran nuclear deal in 2018. Since then, US has been trying to impose pre-deal era sanctions on Iran and even introduced a resolution in the UN Security Council in an effort to reintroduce sanctions only to be snubbed in the international community.

Read: US Warns Of Sanctions Against Sales Of Weapons To Iran After UN Embargo Expires

WE RECOMMEND
US Supreme Court to review legality of Trump administration's 'Remain in Mexico' policy
US to offer loans to convince developing nations to avoid Chinese telecom hardware: Report
China threatens to detain US nationals after Trump admin's prosecution of Chinese scholars
US NSA says 'something close to' genocide taking place in China's Xinjiang
China: Confucius Institutes under pressure from US