The US announced that an agreement has been reached with the United Kingdom and Australia for the exchange of “naval nuclear propulsion information”. 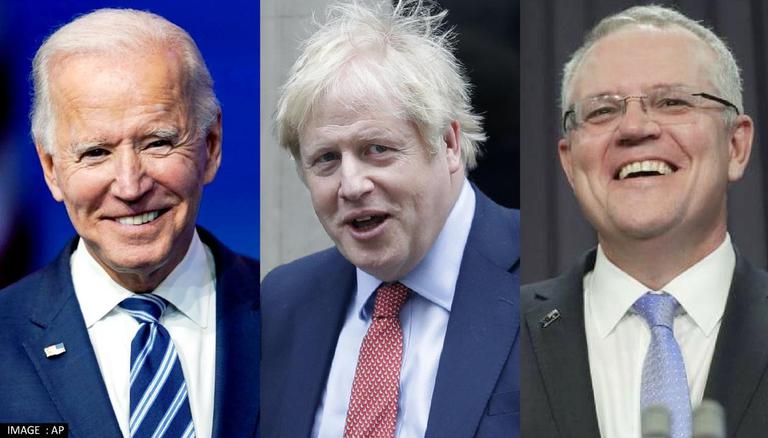 
The White House on Friday, 19 November, announced that an agreement has been reached with the United Kingdom and Australia for the exchange of “naval nuclear propulsion information”. According to a press note, US President Joe Biden gave a proposed agreement on nuclear technology exchange his nod and said that performance of the agreement will promote and will not constitute an unreasonable risk to the common defence and security.

“The Agreement will permit cooperation, which will further improve our mutual defense posture and support our interests under the North Atlantic Treaty; the Australia, New Zealand, and United States Security Treaty; and the enhanced trilateral security partnership among the three Parties known as AUKUS,” Biden said.

“I hereby approve the Agreement, determine that performance of the Agreement will promote and will not constitute an unreasonable risk to the common defense and security, and authorize the execution of the Agreement by the United States Government in a manner specified by the Secretary of State,” he added.

On September 15, Australia, the US and UK announced a trilateral security partnership to ensure strategic upgradation of maritime security in Southeastern international waters. The "historic step" is said to be a joint effort of the three nations and is seen as a move to counter China-administered aggression in the South-East China Sea. As unveiled by the leaders, the submarines will hold nuclear power and not nuclear weapons.

By reaching the deal with the US and UK, Australia cancelled a $65 billion defence deal with France to buy 12 diesel-electric submarines - something French Foreign Minister Jean-Yves Le Drian called a "stab in the back". Meanwhile, the trilateral AUKUS deal also faced considerable backlash from China. A Chinese state-run newspaper quoted the PLA military officials as saying that the AUKUS will "potentially make Australia a target of a nuclear strike if a war breaks out" since the US is refraining the island continent from owning ballistic missiles.