US: Undersea Robots Help To Recover Remains Of Air Force Navigator Lost Since 1967

A US Air Force Navigator missing since the late 1960s was found after scientists scanned the seafloor last year, according to The New York Times 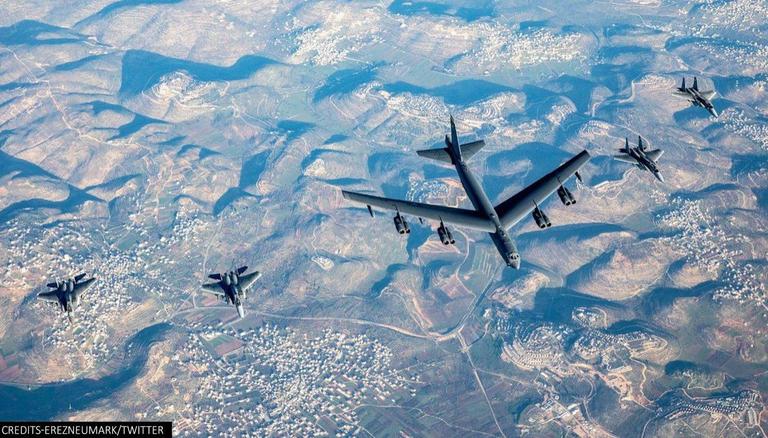 
A US Air Force Navigator missing since the late 1960s was found after scientists scanned the seafloor last year, according to The New York Times. In July 1967, a pair of American B-52 bombers collided over the South China Sea while approaching a target in South Vietnam. Seven crew members escaped, although rescue units from the Air Force, Navy and Coast Guard failed to find six other men, including a navigator from New York, Major Paul A. Avolese. It wasn’t until last year that scientists scanning the seafloor found one of the B-52s and recovered Avolese’s remains.

While speaking to the media outlet, Eric Terrill, one of two divers who descended to the wreck, said that it was “very humbling” to be diving a site that turned out as hollowed ground, and realising that maybe the team was in a position to help bring closure back to families that had been missing the lost aviator. As per reports, scientists said that the retrieval highlights a change in the ability of the Pentagon's quest for personnel still missing because of the Vietnam War. For decades, such efforts have primarily focused on land in previous conflict zones, however, in this case, American investigators searched in an underwater site close to the long coastline of Vietnam through high-tech robots.

For this mission, the officials used three six-foot-long robots with the ability to scan up to 229 feet on either side and to produce high-resolution imagery of the seafloor. The wreckage of one B-52 came into view. Then the team saw human remains on the seabed. About 24 hours later, the remains were brought to the surface. A lab in Hawaii eventually identified them as Major Avolese’s.

Rear Adm. Nancy Hann reportedly said that their use of the technology is part of a bigger trend. Hann, who manages a fleet of nine aircraft and 16 research and survey vessels for the National Oceanic and Atmospheric Administration, said that the robotic underwater is fast becoming essential tools for ocean science and investigation. She added that these vehicles have proven to be a force multiplier in terms of mapping the seafloor, tracing and investigating wrecks and other sunken objects, and gathering data in sites that ships and other vehicles cannot easily access.

Further, lead archaeologist for non-profit organization Project Recover, Andrew Pietruszka explained the reason for the new focus on the undersea crash sites of Vietnam and said that many land-based leads have been exhausted. The team worked on the new recovery mission with the DPAA or the Defense POW/MIA Accounting Agency, Pentagon's arm designated to find and return fallen military personnel. Pietruszka said that enabling Americans to bring underwater robotic vehicles into Vietnamese-controlled sites of the South China Sea, equipment that could employ military applications for both governments, is tactfully sensitive, as well. He added that securing permission for the recent mission was a “heavy lift” for all parties.

According to the media outlet, Major Avolese was born in 1932 and he served in the 4133d Bomb Wing of Air Force in Vietnam. He, together with his crew flew from a US base in Guam, along with other B-52s to bomb a South Vietnam target. As two of the bombers manoeuvred into place roughly 65 miles southwest of the then-called Saigon, they collided, bursting into flames and forming a fireball. One person on Major Avolese’s plane, Maj. Gen. William J. Crumm was the first of several American generals killed in the war.

READ | Joe Biden gets note saying 'Sir, there's something on your chin' during virtual meeting

Following the crash, the Air Force's Col. Mitchell Cobeaga told the parents of Maj. Avolese that the collision's exact cause was unknown. Thirty-five years old at the time of the crash, Major Avolese was declared dead a few days after Cobeaga wrote a letter to his parents. The US military later classified his remains, as well as those of the five others missing, as “non-recoverable”. Still, investigators pursued potential leads about the wreckage of the two B-52s for decades.

WE RECOMMEND
US assists Israeli-managed petroleum tanker attacked off Oman, says 'hit by drone'
Camacho-Quinn keeps Harrison, US out of win column at track
Meet 101-year-old lobster lady of US who wishes to work till her last day on Earth
US Senate convenes for rare weekend session over infrastructure deal
US aides Afghanistan military with finances & weapons as it goes all out against Taliban