In a bid to market the AR-15 style rifle among teens, the US gun maker promised that the firearm is packed with the same lethal punch as the original one. 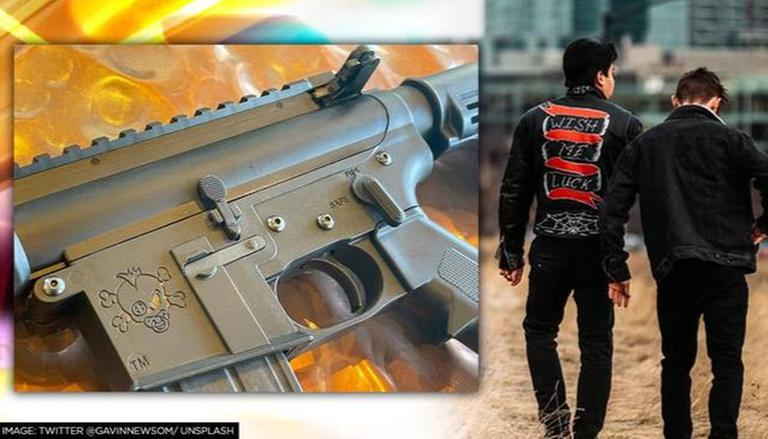 
A US weapons manufacturer unveiled a mini-version of an AR-15 style rifle for children. In a bid to market the assault-style rifle among teens, the Illinois-based gun maker, Wee1 Tactical, promised that the firearm is packed with the same lethal punch just like "mom and dad's gun." Titled JR-15 (Junior Rifle-15), the assault-style weapon is 20% smaller compared to its original version and weighs just 2.3 pounds (1 kilogram).

The rifle comes with a magazine space of 5 or 10 rounds of 0.22 caliber bullets, priced at just $389. Wee1 Tactical dubs the gun as "first in a line of shooting platforms that will safely help adults introduce children to shooting sports." The rifled also complete with a complete logo, showing a skull and crossbones, eye targets, and pacifiers in an attempted indication that the weapons are for kids. Further elaborating its specifics, the gun makers informed that it is 7/8 inches long made with polymer. It has a "standard Picatinny rail with M-LOK," "mini mil-spec trigger" and 16 inches barrel. The gun when purchased is shipped with a "single RD magazine."

The state-of-the-art weapon for teenagers was introduced last month in Las Vegas at SHOT show, the largest outdoor sports industry trade show, Daily Mail reported. The event was sponsored by National Shooting Sports Foundation, a trade association for firearms industries based in Connecticut. Incidentally, it is the same place wherein in December 2012 at least 20 children and 6 adults were shot dead in Sandy Hook Elementary School. "Our goal was to develop a shooting platform that was not only size correctly and safe but also looks feels and operates just like mom and dad's gun," Wee1 Tactical said in its advertisement for the rifle. Take a look: 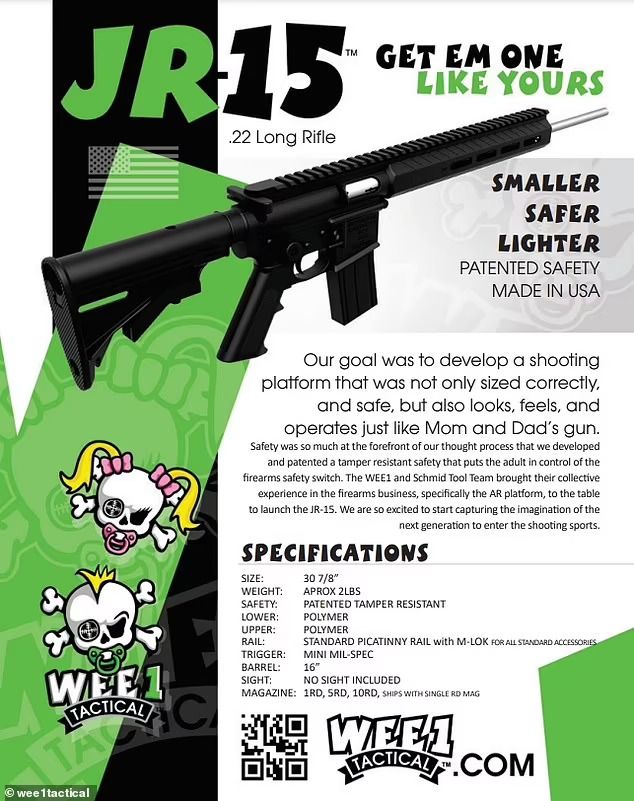 Kids' rifle introduced amid recurring gun violence cases in US

It is to mention that the rifle replicated the AR-15 model, a civilian version of the military-style weapon. Unfortunately, AR-15 has been used in multiple mass shooting incidents in the US, including many schools. An AR-15 was also used in 2017 in Vegas, which killed 58. The latest incident was reported from Parkland High School in Florida, which left 17 dead in 2018. Between August to December 2021, there were at least 136 shootings on school campuses alone, Every town for Gun Safety, an advocacy group reported.

READ | 'This is Us' to have a Reunion? Here's everything you need to know

The newly launched "kids rifle" was vehemently criticised by activists seeking to mitigate gun violence by calling for a ban on the sale of guns. Violence Policy Center executive director Josh Sugarmann lambasted the company, calling the product a "grotesque joke." He also slammed the imagery used by the makers to draw teenagers. In addition, gun-control advocates also expressed their horror at the "diminutive AR-15 style rifle," pushed towards children, Fast Company was quoted by Daily Mail. Joining the criticism over the Kids' gun, California Governor Gavin Newsom, who shared a picture of the rifle on his Twitter, calling it "vile." He also called on politicians to condemn the manufacturers for production of "egregiously tactical offensive war weapon."

A skull & crossbones with a pacifier on weapon of war.

Made to look “cute” to appeal to kids.

The manufacturer calls this a “JR-15.”

Every NRA-backed politician should condemn this. pic.twitter.com/VmsqaiCuEM

WE RECOMMEND
'This is Us' to have a Reunion? Here's everything you need to know
If Trump was US President, Russia would be in Ukraine's capital already: His ex-NSA Bolton
Rupee rallies 39 paise to 74.67 against US dollar
Traders object US listing Palika Bazar under notorious markets list
China wades into Nepal's political divisions over US-funded MCC grant