What Is Monkeypox And What Are The Symptoms Of Rare Disease Reported In US?

What is Monkeypox disease that was spotted in Texas after the patient travelled from Nigeria to US? The symptoms of monkeypox are fever, chills, muscle aches 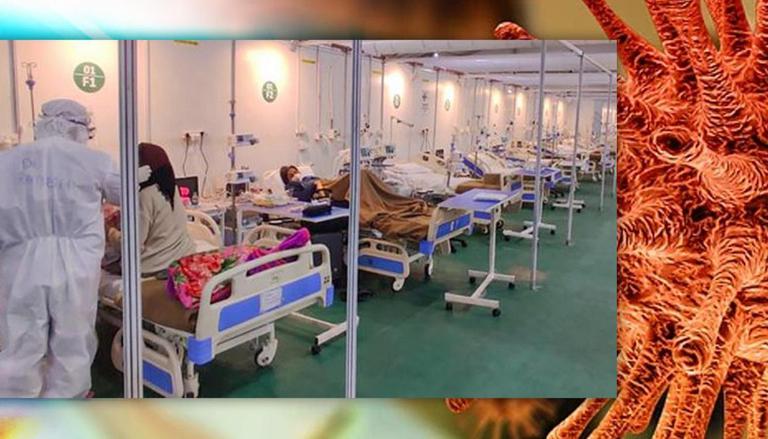 
In a rare incident, a case of monkeypox has been confirmed in a US resident who recently travelled to Atlanta from Nigeria. This is expected to be the first case of the virus seen in the United States in nearly two decades, said the Centers for Disease Control and Prevention (CDC) on Friday. Currently, the patient is medically stable and has been isolated in Dallas.

The CDC and state and local health officials are working with the airline company to contact passengers and others who were on the same flight on July 8 and July 9. However, few passengers have also been identified who are believed to be in direct contact with the patient, confirmed the state health authorities.

"This case is not a reason for alarm and we do not expect any threat to the general public," Dallas County Judge Clay Jenkins said in a press release.

In view of the COVID-19 pandemic, travellers were strictly guided to wear masks on flights as well as in airports. Therefore, it’s believed the risk of the spread of monkeypox via respiratory droplets to others on planes and in airports is low, "the Dallas County statement said. However, people who do not have symptoms are not capable of spreading the virus to others. Meanwhile, Dallas County said it will not reveal any additional information about the patient or the patient’s location.

In this case, the patient infected with monkeypox is the same strain that is most commonly found in parts of WestAfrica, including Nigeria. However, death caused by this infection is very rare. On some occasions, 1 out of 100 people has died due to monkeypox.

According to the CDC, monkeypox is a rare but serious viral illness that normally starts with flu-like symptoms and swelling of the lymph nodes, advancing to widespread rashes on the face and body. However, the infection is not permanent and lasts only for 2 to 4 weeks. Monkeypox comes from the family of smallpox.

READ | WATCH | Ishaan Khatter suffering from chicken pox, but you'll love his goofiness while announcing it

Experts have yet to identify its origin, but it’s thought that African rodents and small mammals play a part in spreading the virus to people and other forest animals like monkeys. People can get monkeypox when they are bitten or scratched by an animal, prepare wild game, or have contact with an infected animal or possibly animal products. This can also spread between people through respiratory or through contact with body fluids, monkeypox sores, or items that have been contaminated with fluids or sores (clothing, bedding, etc.).

The highest number of monkeypox cases

Most monkeypox outbreaks have occurred in Africa. In addition to Nigeria, outbreaks have also been reported in nine other countries in central and western Africa since 1970. Monkeypox also caused a large outbreak in people in the United States in 2003 after the virus spread from imported African rodents to pet prairie dogs, with 47 reported human cases said the CDC.

Before the Dallas case, there had been at least six reported monkeypox cases in travellers returning from Nigeria, including cases in the United Kingdom, Israel, and Singapore. The monkeypox cases occurred only in those individuals who came in contact with infected people.