'You Leave Americans Behind!' Biden Heckled By Angry Public Over Afghanistan Pullout In NJ

As he toured the flood-hit areas of New Jersey to take stock of damage and rebuilding efforts, the US President was met with a hostile reception from public. 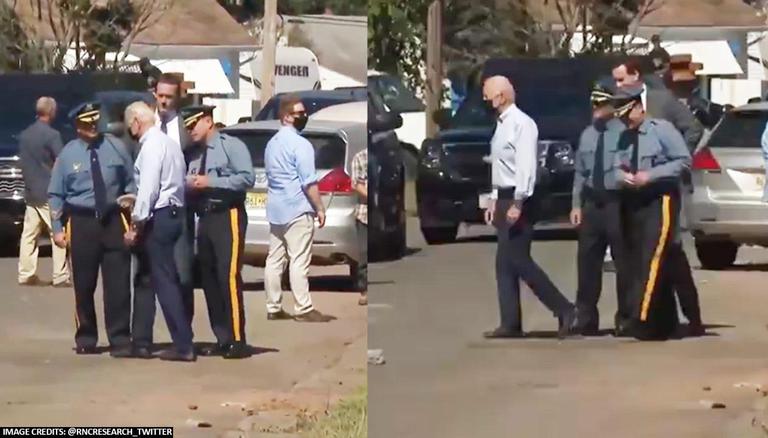 
Defiant US President Joe Biden has repeatedly garrisoned his messy Afghanistan withdrawal saying that he stood “squarely behind” the decision to drawing down the US forces from Kabul as he did not "want to extend this forever war," and that it was “the right decision” to end an era of armed conflict and “to remake other countries.” Despite his defense of the withdrawal, the United States commander-in-chief has faced mounting derision for adhering to the Aug. 31 deadline and hastily flying out the last military plane out of Kabul leaving hundreds of Afghan helpers, allies to US troops during deployment, and American citizens behind.

On Tuesday, September 7, as he toured the flood-hit areas of New Jersey to take stock of the damage and rebuilding efforts, the US President was met with a hostile reception from the general public for mishandling the Afghanistan crisis, which saw at least 13 US Marines losing lives in the ISSI-K's planned explosions that the Americans were witness to.

"My best friend died in 2011 in Afghanistan for what? For this guy to pull this s***? You leave them in ruins and leave Americans behind!" a man from the crowd of dissenters yelled at Joe Biden as arrived in the neighbourhood in Manville on Tuesday in the aftermath of Hurricane Ida. But instead, US President decided not to pay attention to his detractors. In the footage that emerged on September 7, the US leader can be seen battling his way out of the withering criticism as the New Jerseyans call out, "You leave Americans behind!”

New Jerseyans call out Biden: “You leave Americans behind!” pic.twitter.com/m5hfrlly5z

At a presser earlier, Biden had remained intact about his decision of withdrawing the US military on the negotiated deadline with the Taliban, saying that the longer he kept the US troops in control of the Hamid Karzai International airport beyond the deadline, the more heightened the security risk to their lives would have been. “Let me be clear: leaving August 31 is not due to an arbitrary deadline. It was designed to save American lives,” he has said to the reporters. "I was not extending a forever exit," Biden said. 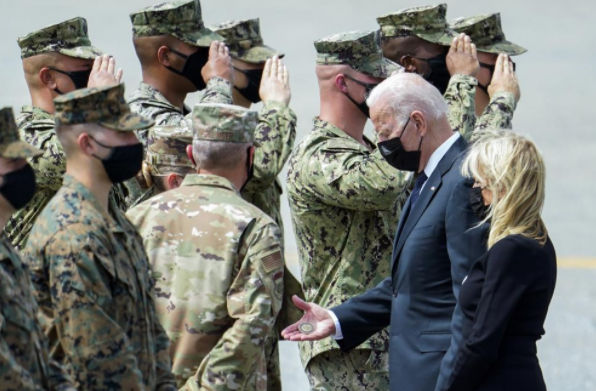 READ | Who is Mullah Mohammad Hasan Akhund? All about Afghanistan's new acting PM & his cabinet

Furthermore, he based the Afghanistan exit strategy on military advisors, as he said that the decision to end the military lift operations at Kabul airport "was based on the unanimous recommendation of my civilian and military advisers.” His remarks came around the time of the G7 meeting as the US Congress, UK, and Washington’s European allies sought to convince him to extend the deadline fearing many that would be left behind in Kabul will face Taliban persecution and reprisals for assisting foreign forces.

Last week, British Foreign Secretary Dominic Raab said that the UK will continue to work with the key allies and partners in response to the humanitarian plight of the Afghan nationals and ensure safe passage for those that want to leave the country taken control by the Taliban. Raab's remarks were made as he toured the temporary housing facilities of the Afghan guests, who would be transiting Doha to their final destinations.

10 Downing Street also confirmed that the British Prime Minister Boris Johnson’s special representative for Afghan transition was in Qatar to meet with senior Taliban representatives to discuss the Afghanistan evacuations issue. UK Foreign Secretary assured that the Kabul airport 'could reopen again’ for evacuations in the near future as the UK had been in talks with leaders in Qatar.

UK Prime Minister Boris Johnson stressed at a presser that the UK believes that a large number of Afghan nationals that provided support to NATO and are eligible to move to Britain have been left stranded in Afghanistan as the US President Joe Biden refused to extend the August 31 deadline. Johnson said, that he had felt a "great sense of regret" about those UK left behind in Afghanistan, as he added that he will "shift heaven and earth" to help people leave Kabul.

“Of course, there were people who couldn’t get through,” Johnson acknowledged, adding "What I would say to them is that we will shift heaven and earth to help them get out, we will do whatever we can in the second phase.” He stressed, without mentioning the US, that the  “timing[deadline] of this [evacuation] is certainly not the one that this country [UK] would have chosen, and I think that everybody understands that".