“The fifth level of autonomy assumes that the system can fully control the vehicle under all circumstances,” Russia's SberAutoTech explained in a release. 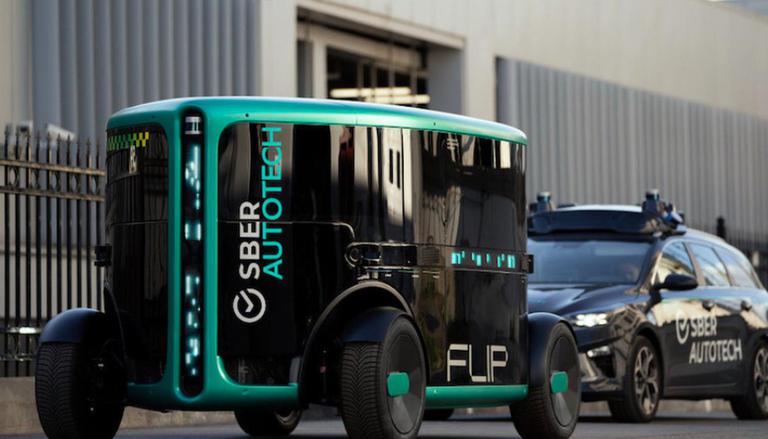 
Russia's SberAutoTech on Wednesday unveiled the futuristic self-driving taxi known as ‘FLIP’ which it described has met the “maximum requirement of international automated driving standards”. The subsidiary of Russia’s largest ecosystem lender Sberbank, revealed the fast-swappable batteries, an unmanned prototype of the vehicle powered by both electricity and other alternative fuels such as natural gas and hydrogen.  In a release on May 26, Sber's ecosystem company announced that the new "fully autonomous" electric vehicle meets the “fifth level of autonomy” as the prototype has no steering wheel or room for the driver.

“The fifth level of autonomy assumes that the system can fully control the vehicle under all circumstances,” the company said.

To be able to operate effectively without a human, the prototype is fitted with a complex of lidars, radars, and cameras. “These sensors allow receiving information about the surrounding objects, recognizing pedestrians and obstacles, making decisions about acceleration, braking, and turning. In accordance with the most relevant requirements of the new transport,” the company informed. Furthermore, it said that FLIP is has been designed for seamless integration with V2V and V2X technologies as the vehicle has the capability to communicate with other FLIP vehicles as well as to detect the road’s infrastructure automatically.

The electric motor functions on the replaceable battery module, and the replacement takes no more than five minutes which is manyfold falser than the refuelling of the standard cars with traditional energy. “This decision should remove the current restrictions on the use of electric vehicles: long charging of standard batteries and their high cost, dictated by the required capacity and power reserve of electric vehicles,” the company said. While the outer dimensions of the FLIP motor is quite similar to the standard passenger car, which is approximately 3.62 m by 1.95 m in dimension, the space within the vehicle is 40 percent more. 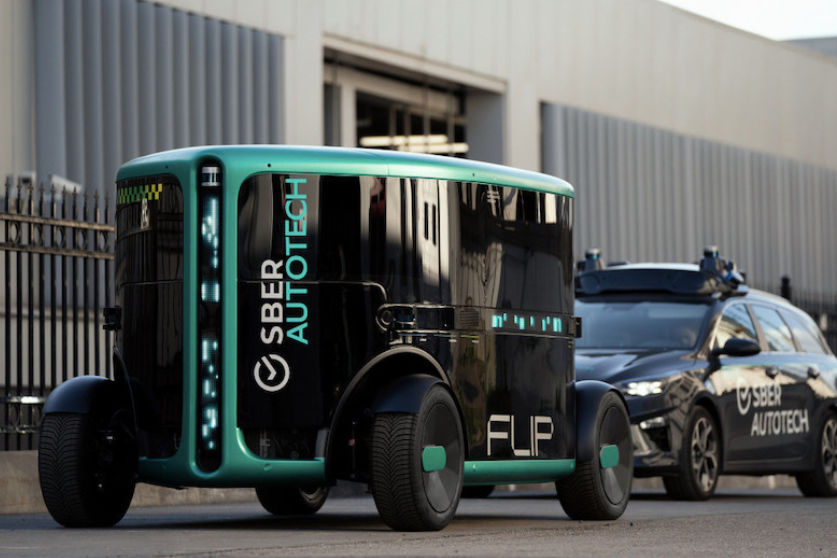 Integrated with the Sber ecosystem

According to the company's press release,  the vehicles will be fully integrated with the Sber ecosystem, as the passengers will have access to navigation through the 2GIS service, music from SberSvuk, and video from the Okko online cinema. The futuristic motor vehicle also dons personalization with biometrics technologies to ensure safety such as the recognition of passengers' faces, as well as virtual assistant Salute in-built communication systems. “FLIP” will be presented on June 2-5 at the St. Petersburg International Economic Forum.

READ | US President Biden to meet Russia's Putin, whom he called 'a killer', in Geneva on June 16
READ | Russia-linked agency in UK asks influencers to criticise Pfizer's COVID vaccine: Report
First Published: 27th May, 2021 20:28 IST
SUBSCRIBE TO US