Toyota's self-driving e-Palette vehicle on August 27 collided with a visually impaired athlete from Japan, Aramitsu Kitazono who was crossing the street. 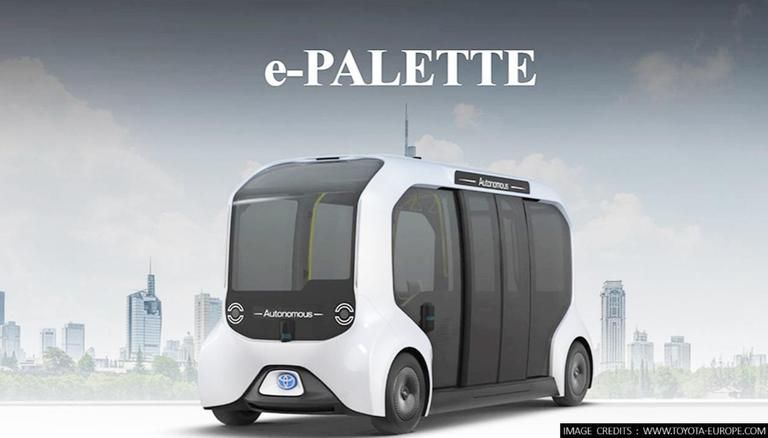 
Toyota has temporarily suspended all its self-driving vehicles from Tokyo Paralympic Games 2020 after one of its mobility vehicles collided with a visually impaired athlete. Releasing an apology, Toyota Motor Corporation has assured an investigation in the matter.

Toyota Motors on August 27, Friday released a statement providing details and apologising for the unfortunate accident when a  visually impaired athlete was hit by an autonomous vehicle while crossing the street.

Seeking apology, it said, "Firstly, we would like to express our sincerest apologies to the individual that was injured due to this unfortunate collision and we wish them a speedy recovery. We would also like to apologise for any inconvenience caused to those who use our mobility vehicles in the Athletes' Village."

The company further assured of cooperating with the police investigation in the incident and said that they will also conduct their own investigation. Furthermore, it also assured to co-ordinate closely with the Tokyo Organising Committee of the Olympic and Paralympic Games to ensure that such incidents are not repeated in future.

Meanwhile, Toyota CEO Akio Toyoda personally apologised for the incident and said that the company was 'overconfident' regarding the autonomous driving concept.

“It shows that autonomous vehicles are not yet realistic for normal roads,” Toyoda commented after the accident.

Toyota's self-driving e-Palette vehicle on August 26, Thursday collided with a visually impaired athlete from Japan, Aramitsu Kitazono who was crossing the street. It is being said that the vehicle was under the manual control of the operator and was running at a very slow speed.

According to a Japanese newspaper, the operators were aware of a person crossing the street but assumed that he would realise the arrival of the vehicle and would stop crossing the road. Unfortunately, he was hit by the vehicle and left with cuts and bruises. He is currently undergoing treatment and is stable.

Toyota's 'e-Palette' is a fully self-driving vehicle brought in by Toyota Motors for usage during the Tokyo Olympics and Paralympic Games. The vehicles have adequate facilities allowing athletes to use them conveniently.