Earlier this month, a rare Mercedes-Benz race car has been sold for 135 million Euros (Rs 1105 crore), making it the most expensive automobile ever sold. 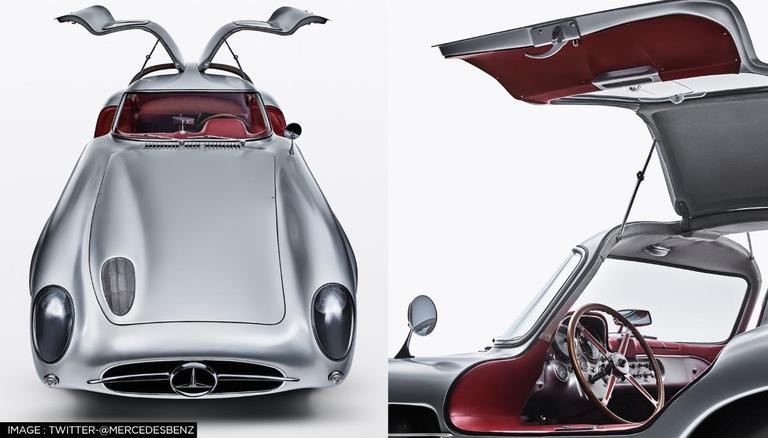 The 300 SLR Uhlenhaut Coupe which was auctioned off, was one of the two cars manufactured in 1955, and is considered one of the most valuable automobiles ever made. According to the report, it was created by Mercedes' race department and named after Rudolf Uhlenhaut, the company's head engineer and designer.

The most valuable car in the world is a Mercedes-Benz. Together with @rmsothebys we sold one of our Mercedes-Benz 300 SLR Uhlenhaut Coupés for 135 million Euro for a good cause. The proceeds will be used to establish a world-wide “Mercedes-Benz Fund”. ▶️ https://t.co/QPdfgCfsGO pic.twitter.com/WtYkWpTv4P

According to a CNBC report, Simon Kidston, a British vehicle collector, adviser, and dealer, placed the winning offer on behalf of an anonymous customer. Kidston had pushed the Mercedes-Benz board for nearly 18 months to sell the automobile.

The auction, which was first reported by Hagerty Insider, took place on May 5 at the Mercedes-Benz Museum in Stuttgart, Germany, in a very private and unconventional sale. Only a small number of collectors and Mercedes-Benz customers were invited.

The vehicle was based on the W 196 R Grand Prix car, which won two World Championships with Juan Manuel Fangio as the driver. With a bigger 3.0-litre engine and a top speed of 180 mph, the 300 SLR can consider one of the quickest road-legal cars of its time, as per the report. It is worth noting that both of the 300 SLR vehicles were owned by Mercedes-Benz.

READ | Formula 1: Ferrari look to bounce back while Mercedes bring in upgrades for Miami GP

Furthermore, on behalf of RM Sotheby's, Peter Wallman, Chairman, UK & EMEA, said, “Words cannot really do justice to the importance and significance of this sale. It is reasonable to say that nobody ever imagined that this car would ever be offered for sale, so for Mercedes-Benz to ask RM Sotheby’s to conduct the auction was an absolute honour."

Apart from this, Marcus Breitschwerdt, Head of Mercedes-Benz Heritage, noted, “We are proud that we can contribute with our historical collection to this initiative connecting the past with the future of engineering and decarbonisation technology.” He went on to say that the private buyer has consented that the 300 SLR Uhlenhaut Coupé would be available for public exhibition on exceptional occasions, while the other original 300 SLR Coupé will stay at the Mercedes-Benz Museum in Stuttgart.

Meanwhile, Mercedes-Benz has announced that the revenues would be used to establish a fund for environmental and decarbonization scholarships and educational research. Further, this sale came after a 1962 Ferrari 250 GTO was sold for $48.5 million at the 2018 RM Sotheby's auction. In 2018, a 1963 Ferrari GTO was sold privately for $70 million.