Air India Disinvestment Delayed Due To COVID-19, To Be Completed Within 2021: Centre

The disinvestment of Air India, which has been delayed due to COVID, would be completed by 2021, said Union Aviation Minister Hardeep Singh Puri. 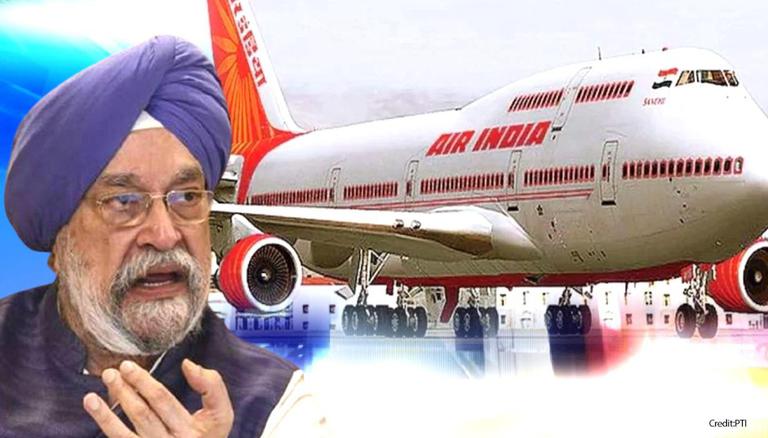 
Hardeep Singh Puri, Union Civil Aviation Minister (MoCA), said on Friday, June 4, that the disinvestment process of Air India has been delayed because of the second wave of the COVID pandemic and assured that it will be done this year. The Union Minister said, "Air India is getting disinvested. It will take some time due to the pandemic. I want to assure you that it (AI Disinvestment) will happen in this year."

The second wave of COVID-19 may impede down the disinvestment process, but he has stated that Air India will be fully disinvested by 2021. Puri had previously stated on March 27, 2021, that Air India would be sold to a private company in late May or June this year. Bidders are unable to travel for physical meetings because of the current COVID-19 pandemic, which is an important formality that must be completed before AI is privatized.

Puri informed, "At a meeting, it was decided that the government will close the financial bids within 64 days. Air India is still in the debt of Rs 60,000 crore and it's liable to be sold," the minister said earlier."

Civil Aviation Minister Puri declared on March 27, 2021, that the government will finalize the financial bids within 64 days in a major development in the sale of flag carrier Air India Ltd. Hardeep Singh Puri had mentioned that the government is committed to the disinvestment of Air India this time and that there is no hesitation.

The Civil Aviation Minister had revealed that the government has no other option. The airline will either be privatized or shut down. Despite the fact that Air India is now running, a daily loss of Rs 20 crore occurs. The airline has accumulated a debt of Rs 60,000 crore as a result of mismanagement.